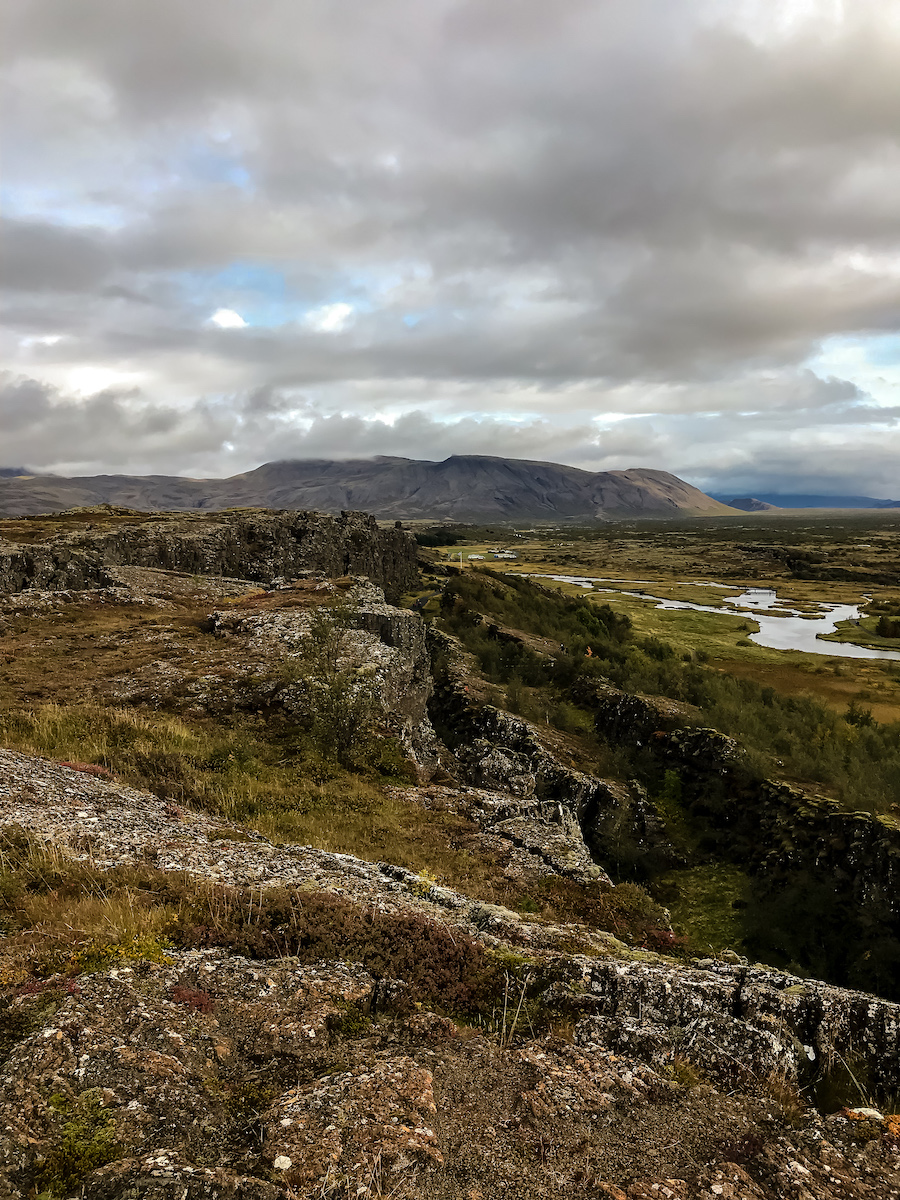 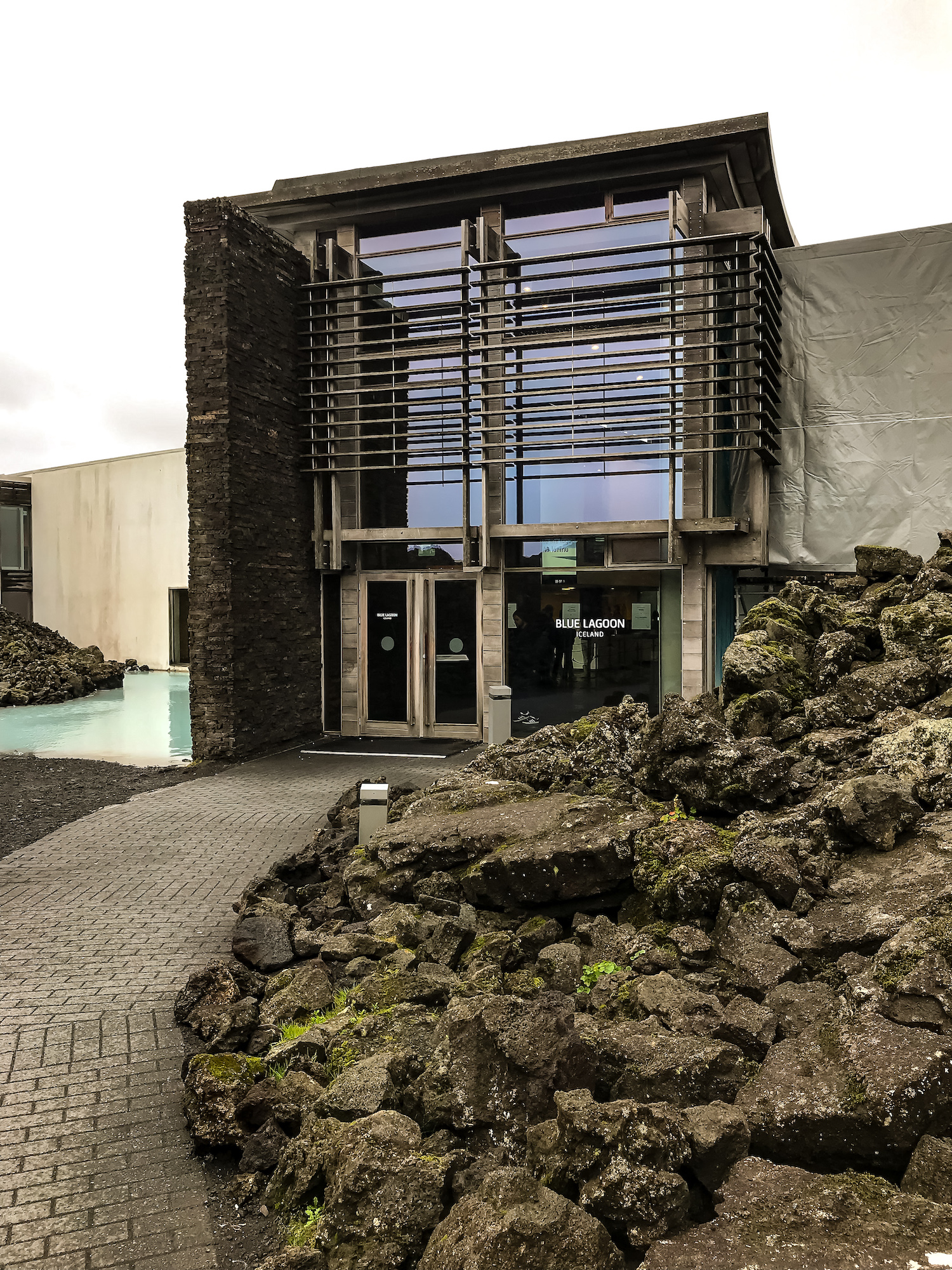 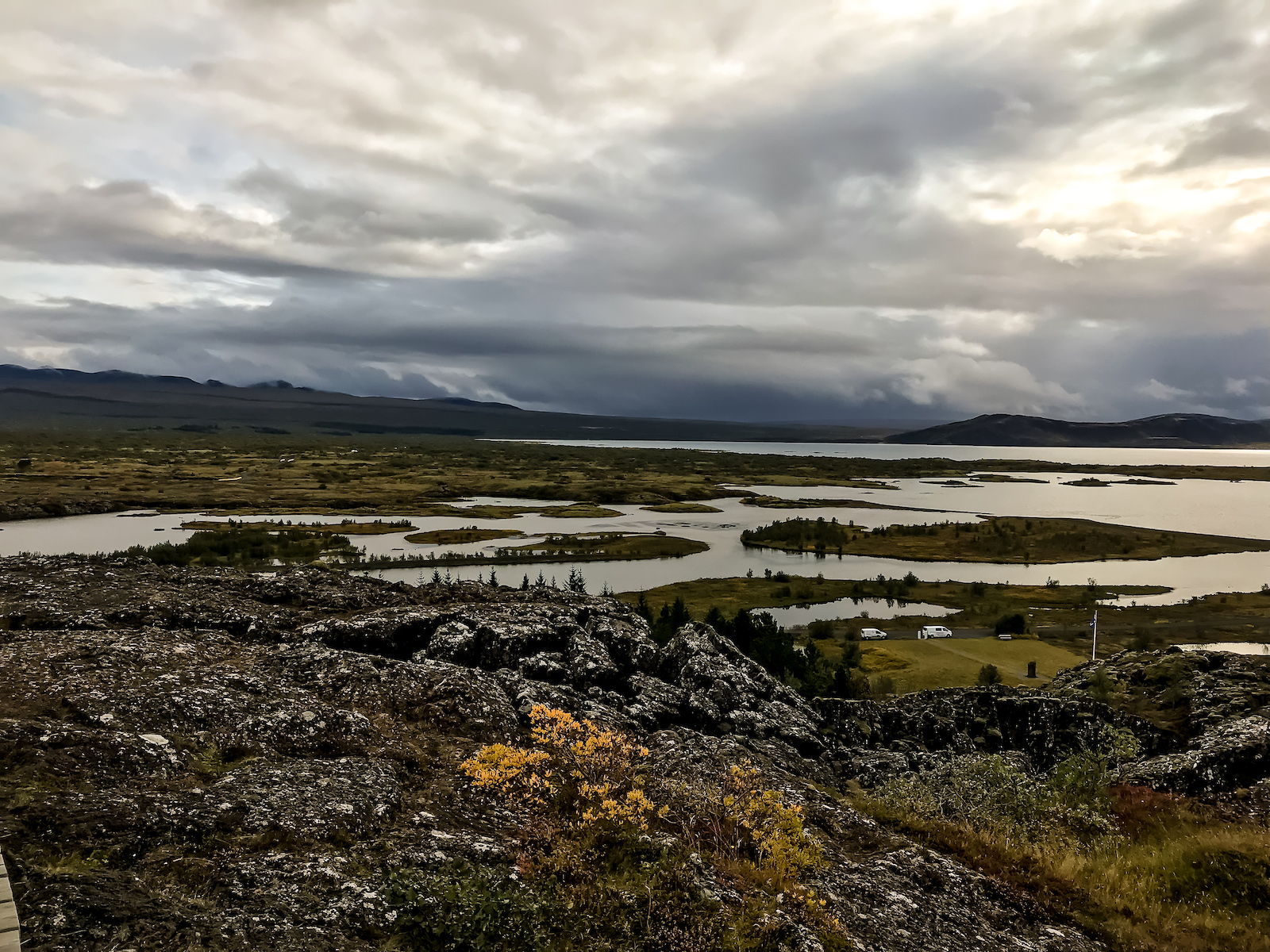 For the past few years I have been thinking about how little time I really get to spend with my dad. Once he and my mom split, he moved to Baltimore and started working 9-5 again. Ever since then we just haven’t had as much time to hang out. So after I took my mom to Greece last year as part of my yearly celebration for being debt free, I decided that this year my dad and I should go on a trip together. When I asked him where he wanted to go the first thing he said was Ireland and immediately after, Iceland. It might seem surprising considering where he lives but my dad grew up in Galesburg Illinois so he is definitely an outdoorsy, small town kinda guy. While he can enjoy the finer things like fancy donuts, he’s happiest surrounded by nature or with family. I decided to go with Iceland because I knew how much my dad likes to fish and when you think of quality fish you think Icelandic fish over Irish fish. We chose to go in September because it’s the beginning of Northern Lights season, the days are still long, and the weather is decent, plus it’s my birthday month.  While I was a little nervous about this trip since it was my first outdoors, non-summer vacation it was an absolutely incredible experience that I am so excited to finally be sharing with you. So keep reading for all the details about the first part of our trip to Iceland. 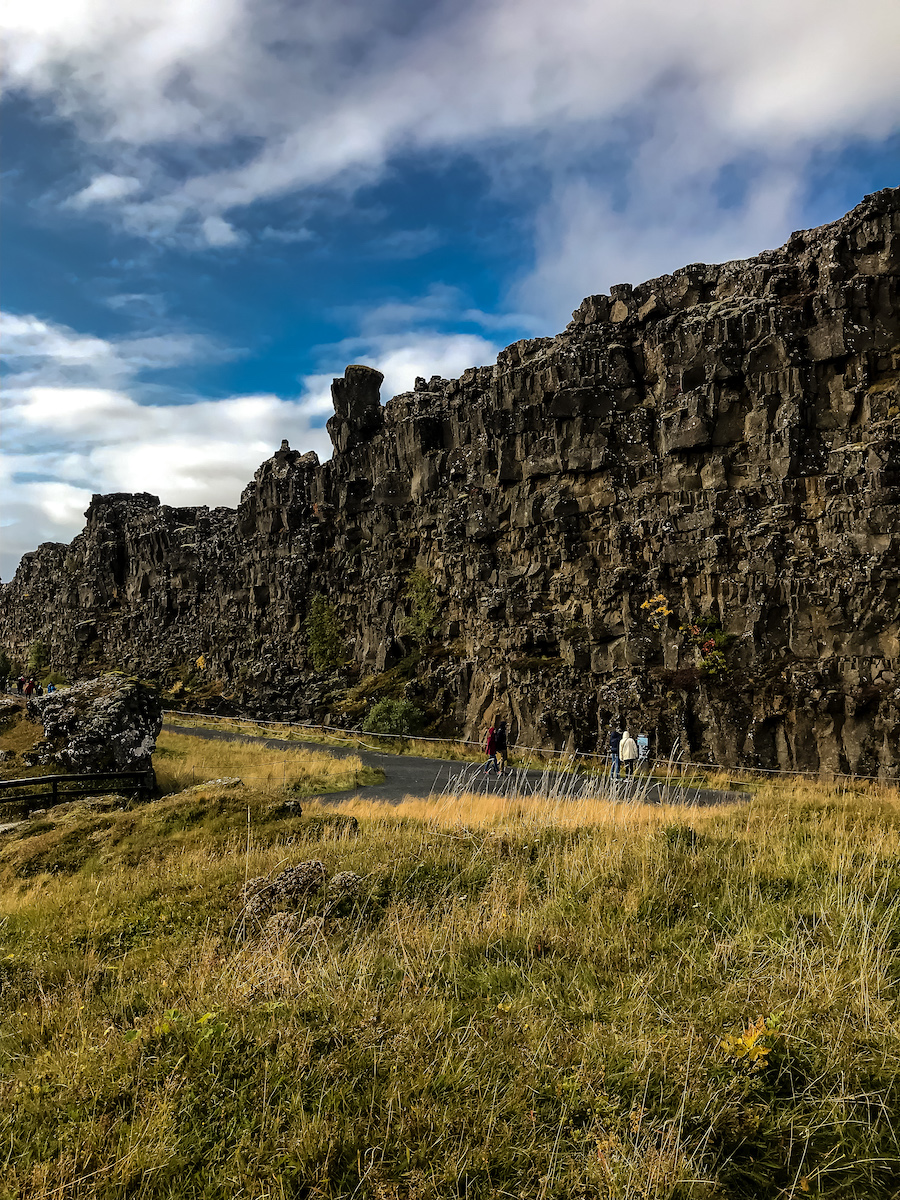 Planning a Trip to Iceland: A 7 Day Itinerary

Thankfully my dad is relatively carefree when it comes to traveling. In his mind just seeing one site a day is fine which is the polar opposite of my must maximize every minute of every day to see every little thing travel philosophy. So we decided it was best to leave the planning up to me. Originally the goal was to drive the ring road around the whole island because I wanted to see the east fjords as well as soak in the Mývatn Nature Baths. As I started trying to piece together what the trip would look like packing the ring road into just 7 days I realized it’d make for rushed and very miserable trip. After a quick talk with pops we decided to focus on enjoying the west and south coast.  Our 7 day Iceland itinerary was as follows: 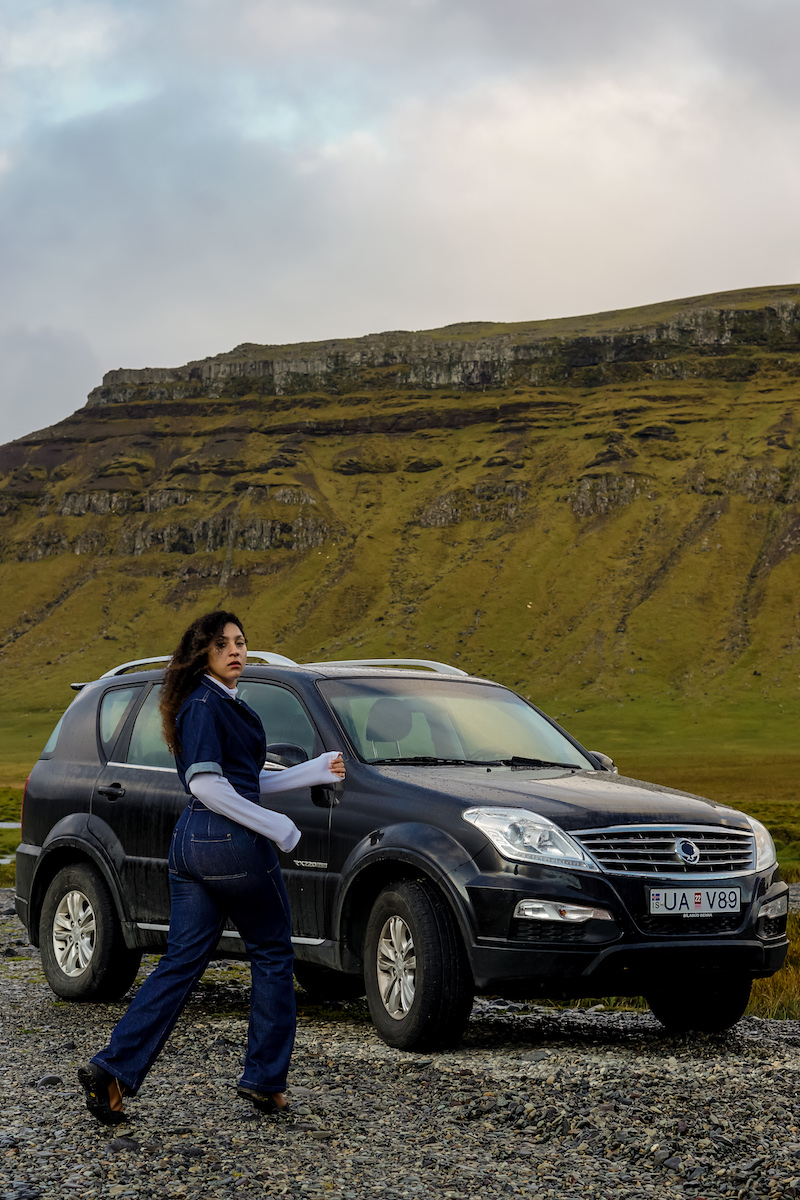 Getting to and Around Iceland

Since we were coming from the U.S. we flew into Iceland. When we first starting planning this trip WowAir was still in business, but after they shut down we found a relatively inexpensive direct flight through Icelandair out of Dulles, Washington straight into Reykjavík International. Note the international airport is about 30 minutes from actual Reykjavík the capitol.

Pro Tip: Once you land at the airport IMMEDIATELY use the free wifi to get on Google Maps to download maps of where you plan to travel to ahead of time. Both my dad and I had international plans through our cell providers but had absolutely zero coverage. Also use your notes to jot down any important addresses. Even if you have no wifi the offline version of Google Maps will allow you to get directions to any place within the map you downloaded. This was a total lifesaver since we were on the road a lot.

In terms of transportation you have a few options. If you plan to stay just in the Reykjavík area then I would recommend relying on shuttles and tour buses to see the sites. Since my dad and I decided we wanted to go to Jökulsárlón and Snæfellsjökull National Park we rented a car.  After doing a lot of shopping around I found the best deal on a car through Sixt. Originally we had just a regular Toyota but ended up upgrading once we landed.  My dad wanted the extra space. If you’re on the fence about renting a car versus a 4×4 my dad recommends the 4×4 because it allows you to go on the f-roads. F-roads are non paved usually gravel roads, that take you off the beaten path to some pretty awesome sites. 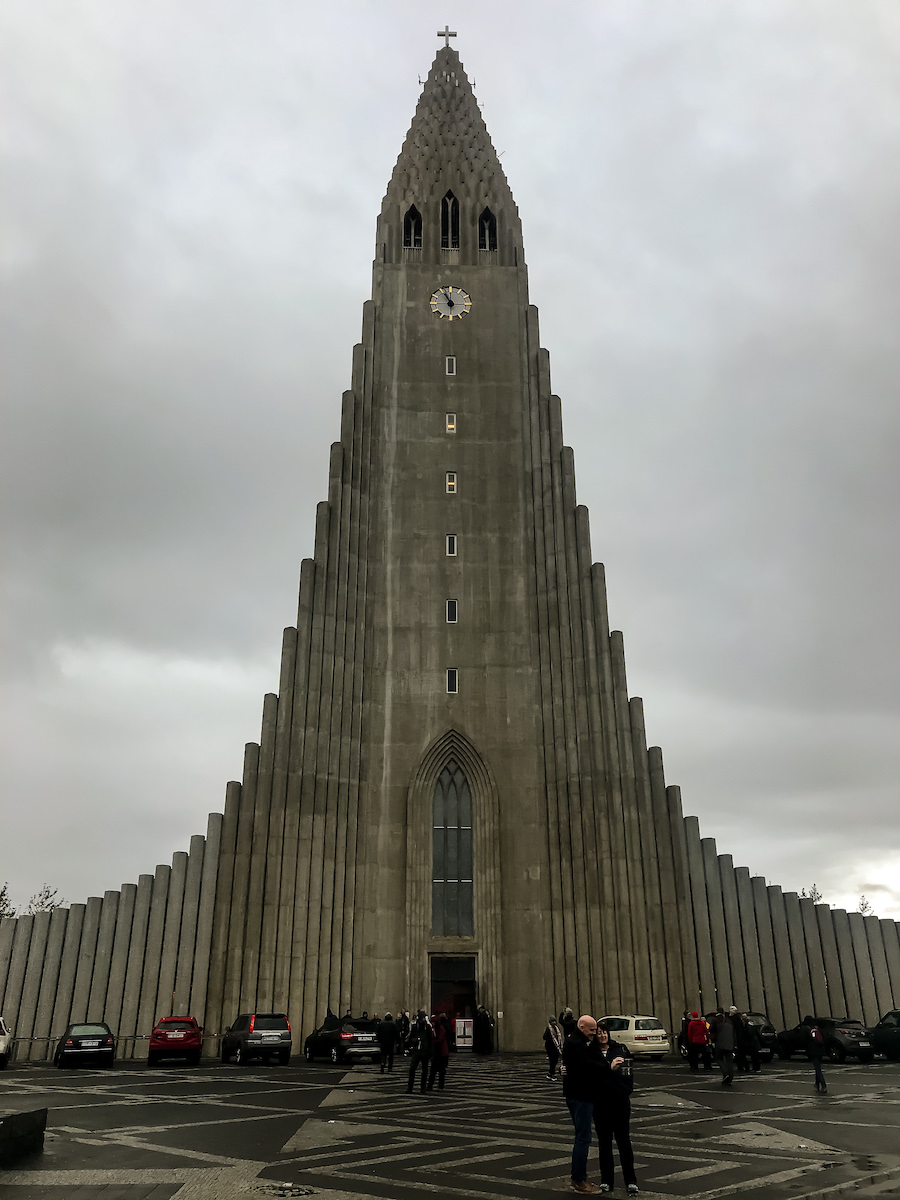 Where to Stay in Reykjavík Iceland

I knew after an overnight flight, a morning of fishing and an afternoon blissfully relaxing in the Blue Lagoon we would be exhausted and in desperate need of some sleep. After doing some price comparisons I decided to save some money here so I could spring for some of the Air BnBs I wanted to stay at later in the trip so I booked us a room the Brim Hotel. The accommodations were simple but just what we needed, two beds and our own bathroom. Note there was no TV in the room but they did have WiFi. There was a shared kitchen guests could use as well as breakfast for purchase the next day, we didn’t use either. For one night it was perfect but if you plan to stay longer you might want to find a place that includes breakfast in the price of the room. 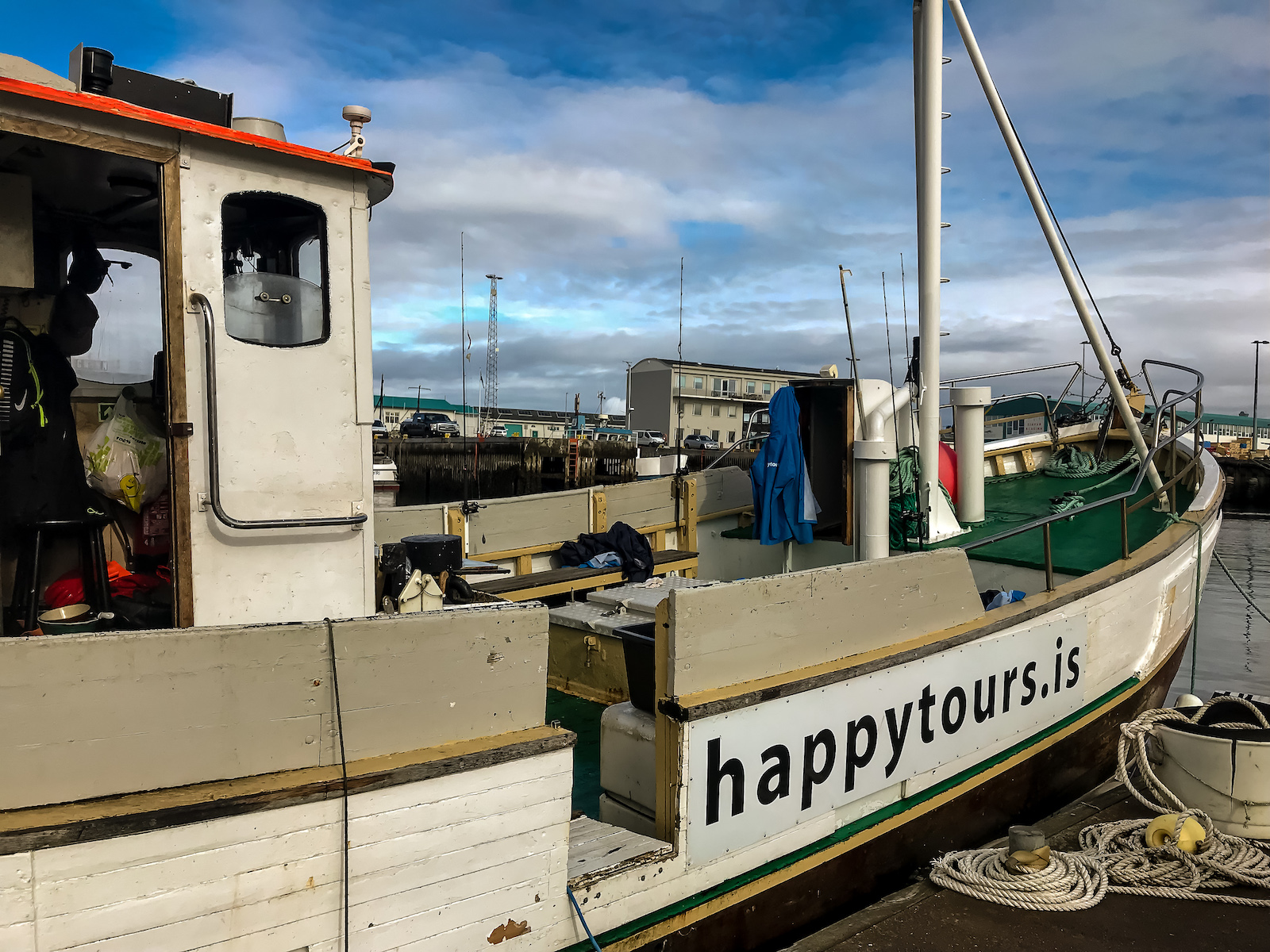 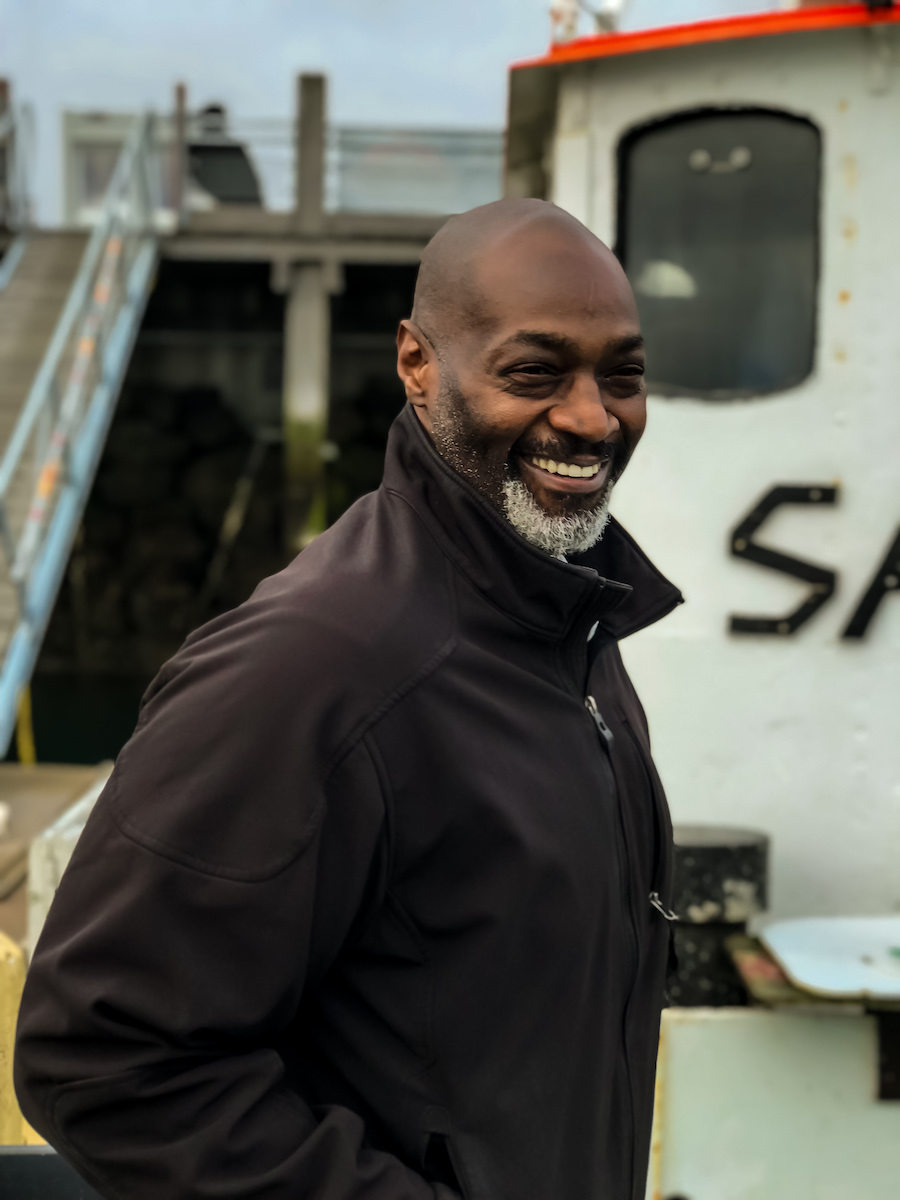 Things to Do in Reykjavik 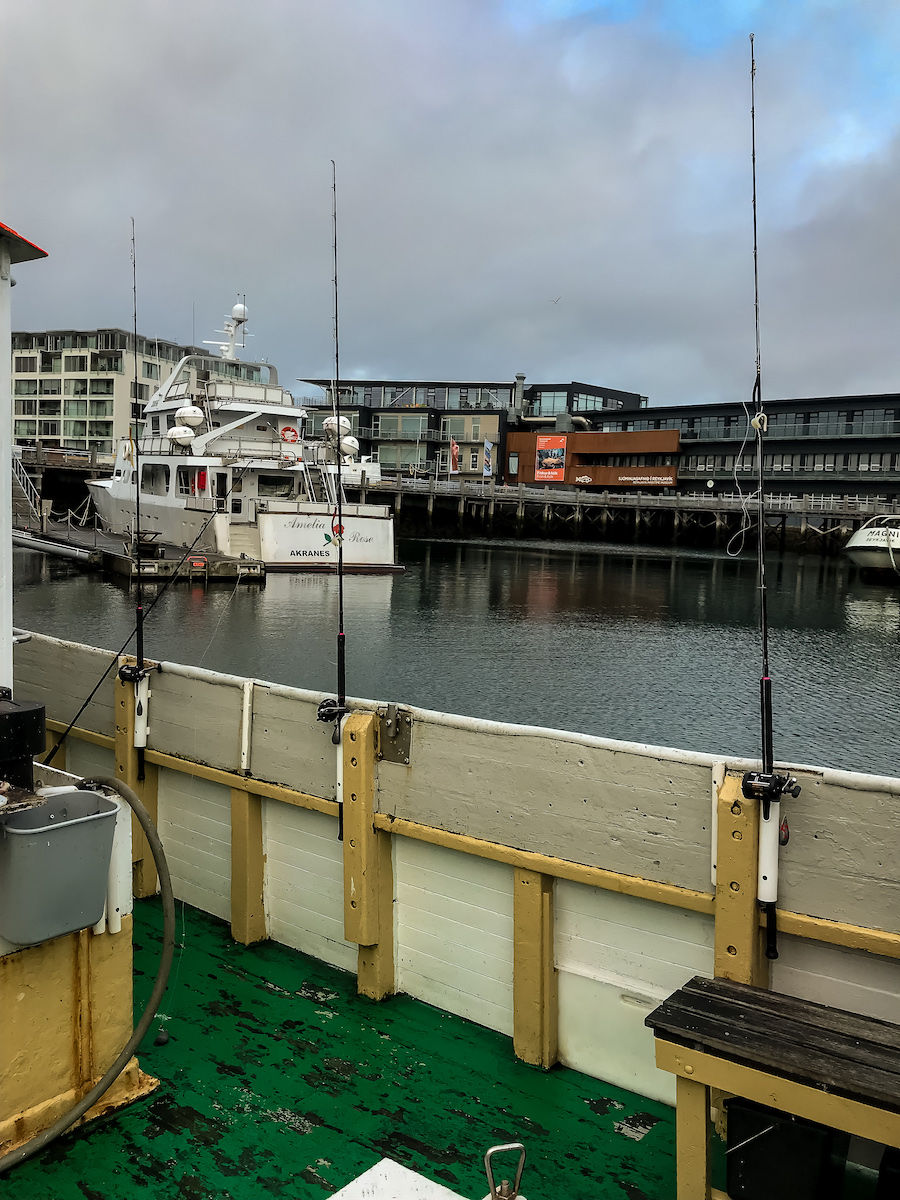 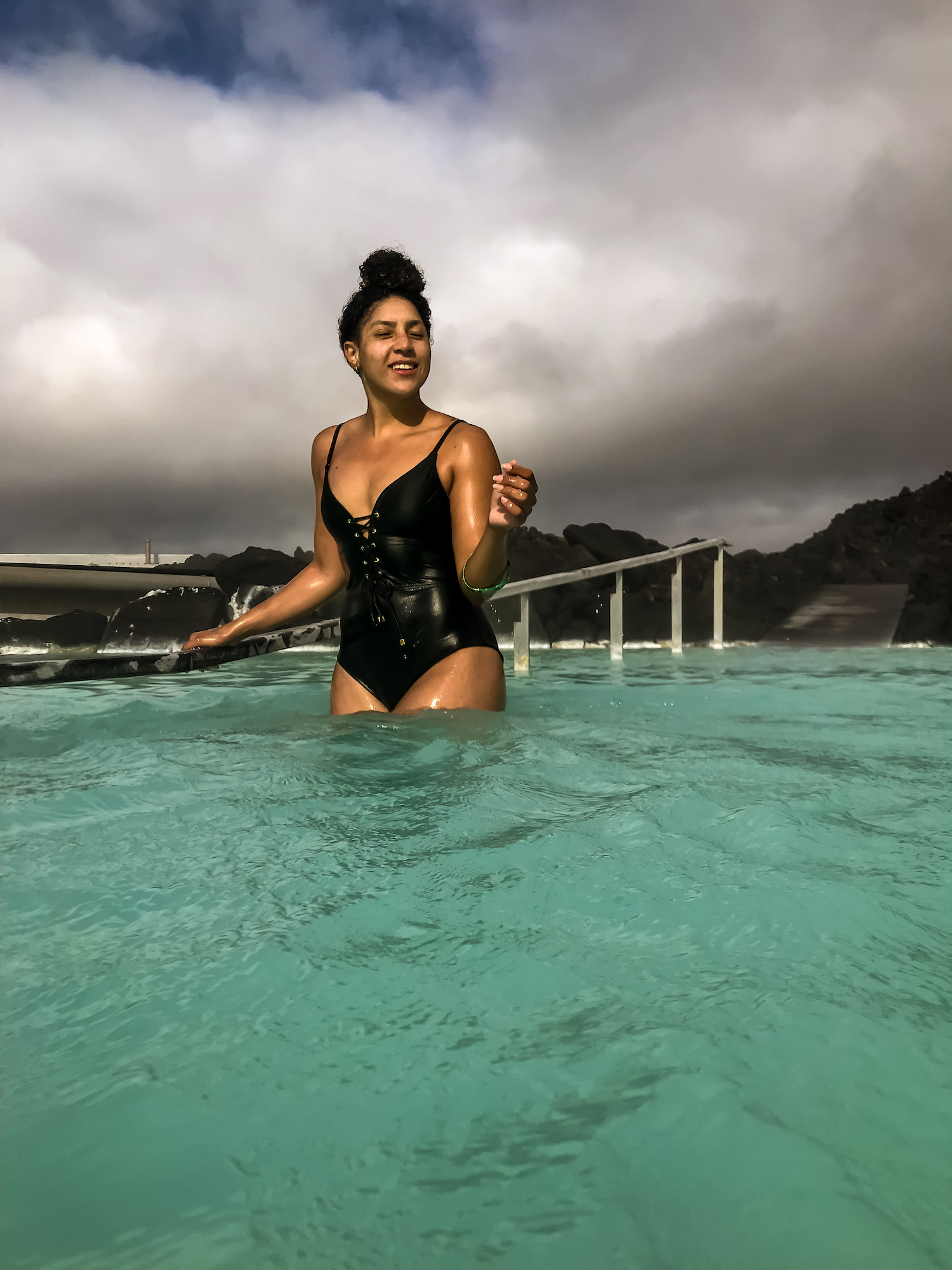 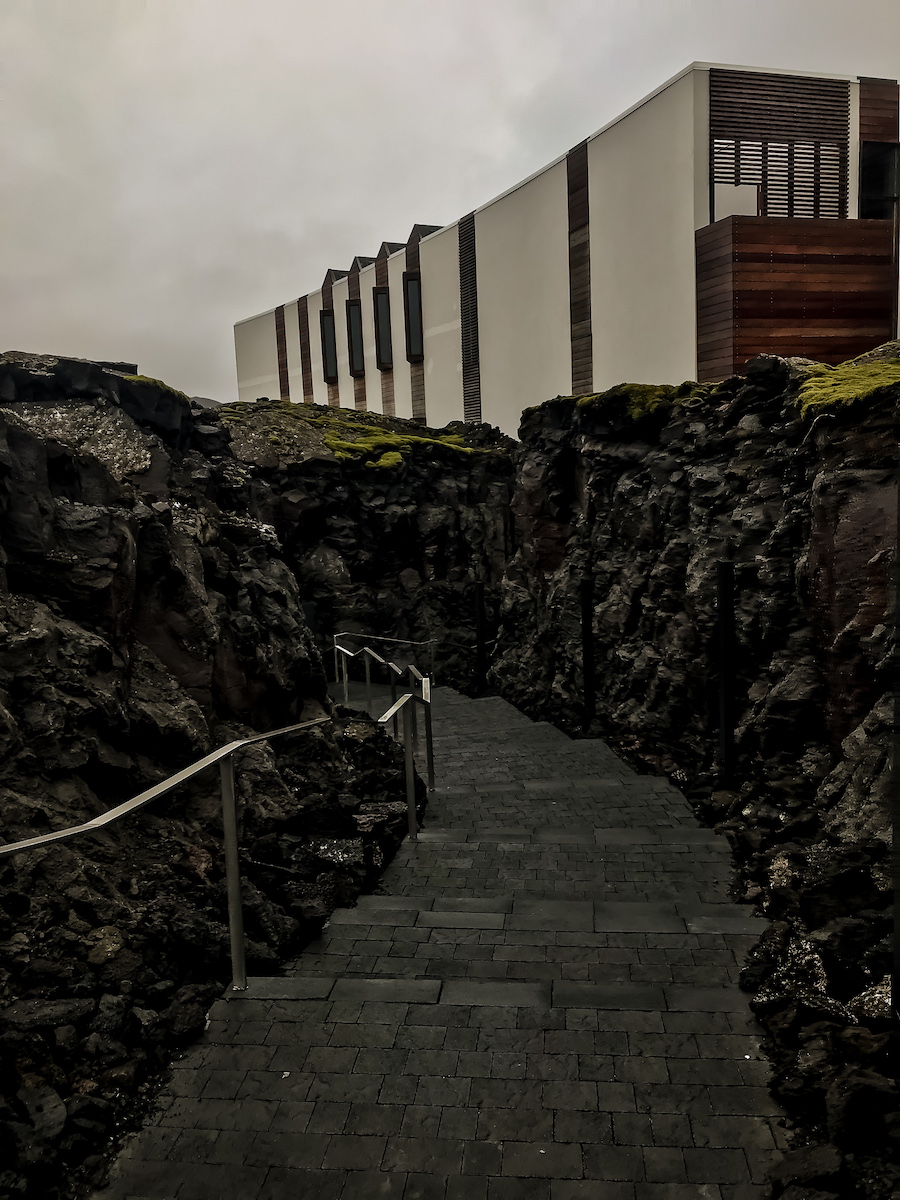 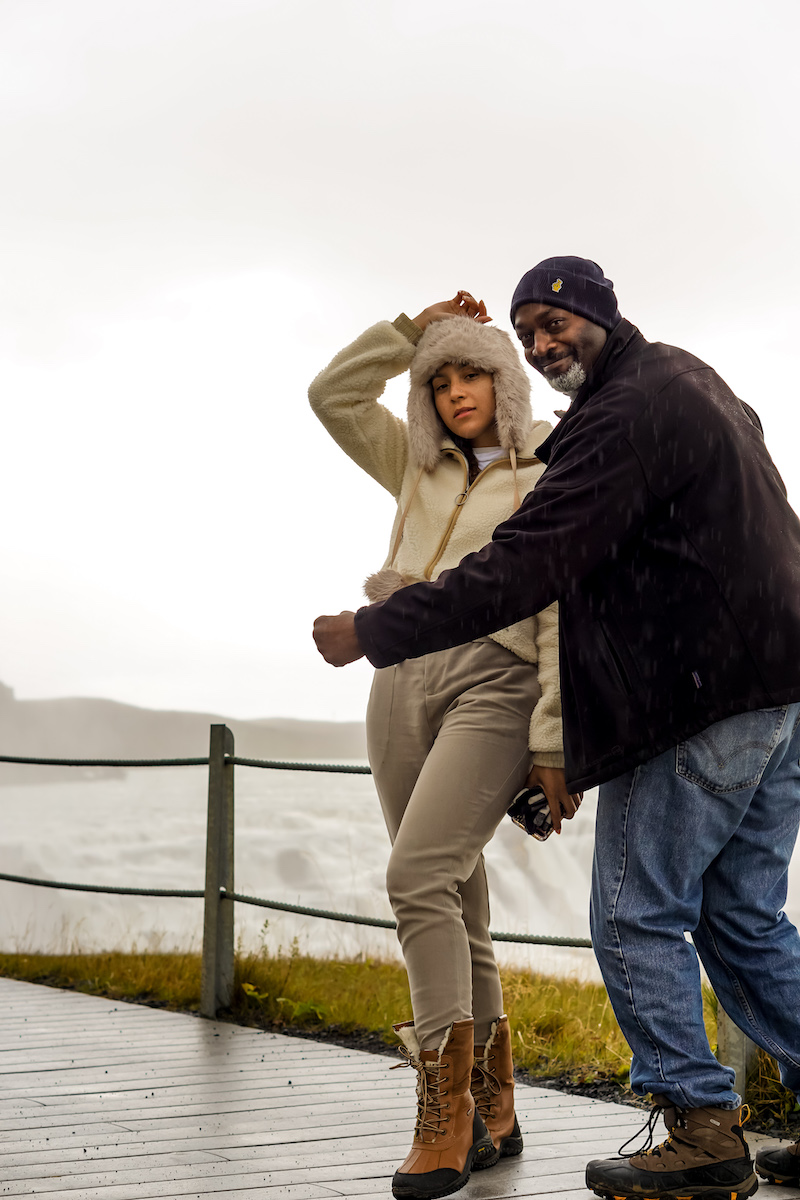 Where to Stop Along the Golden Circle 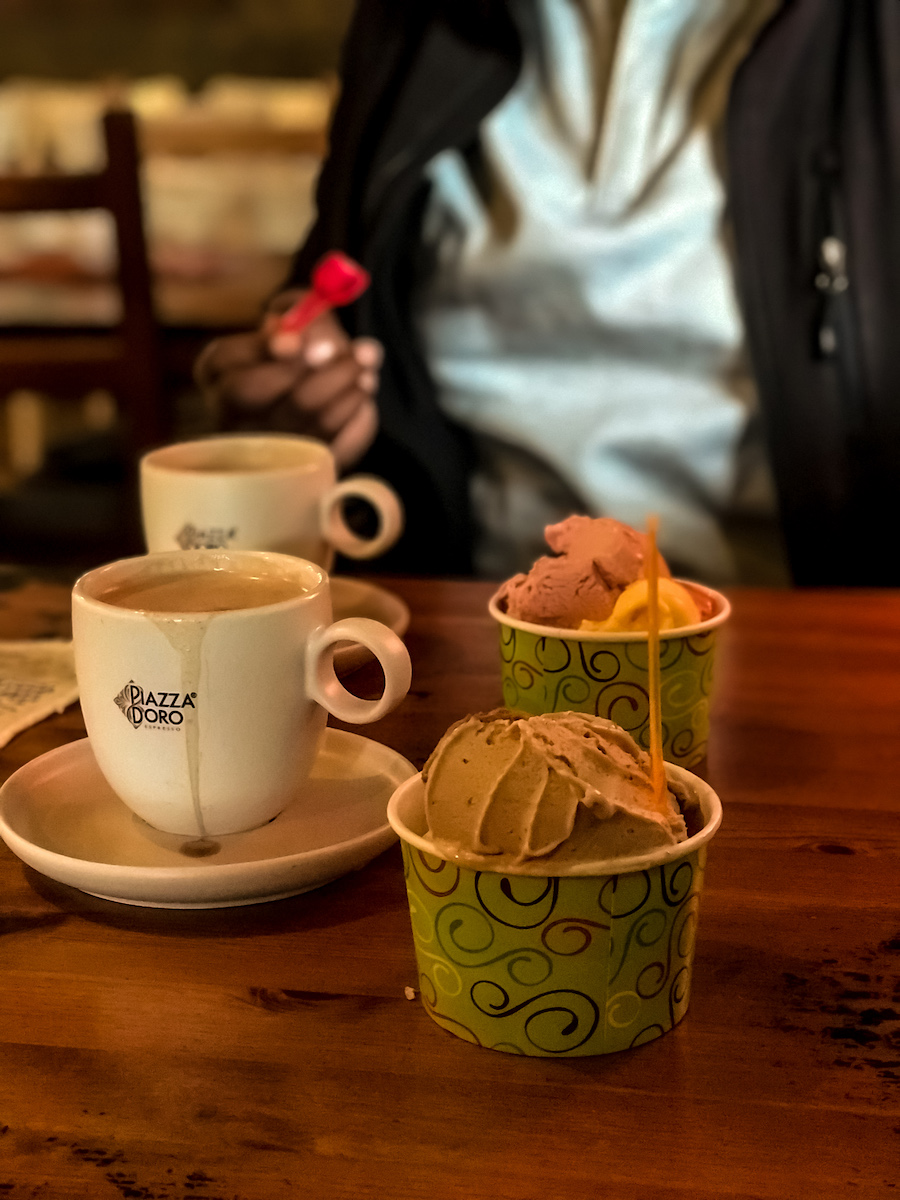 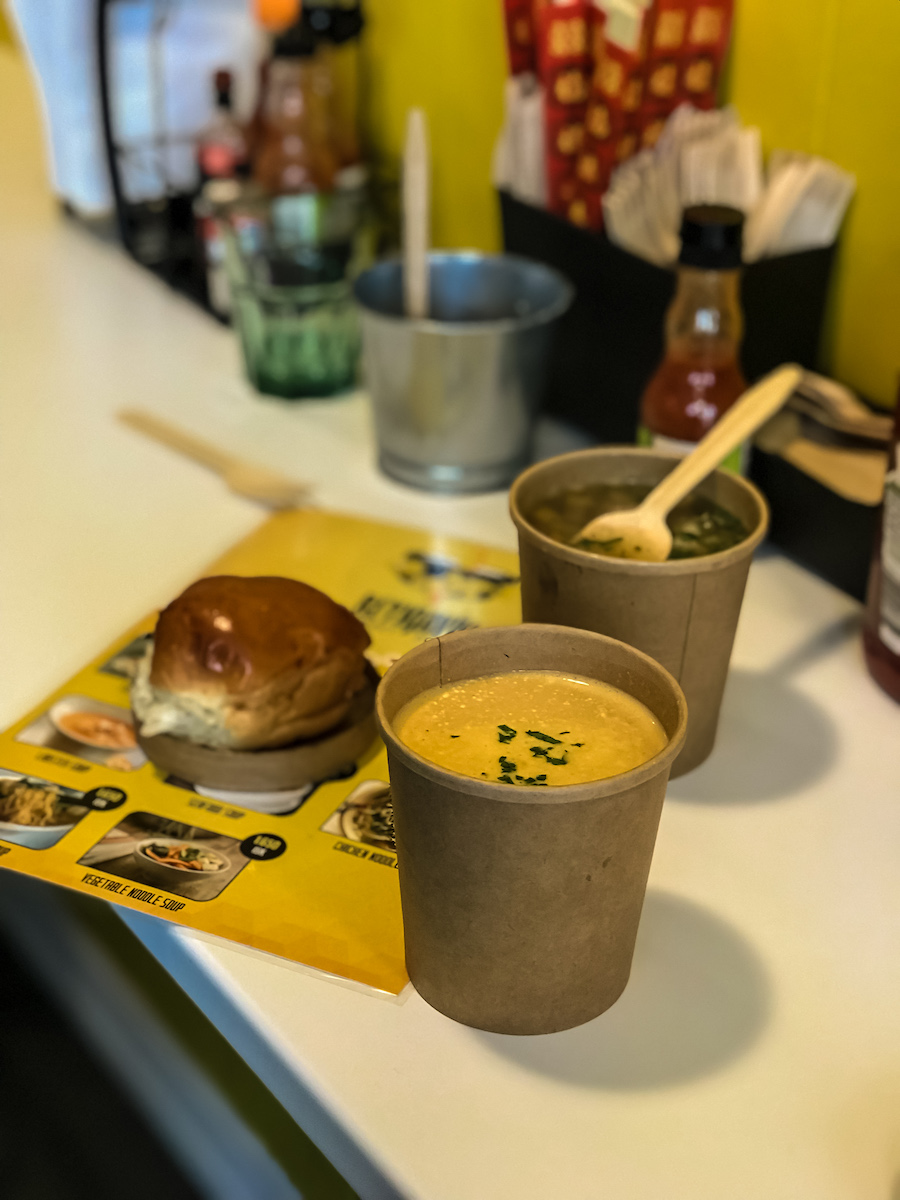 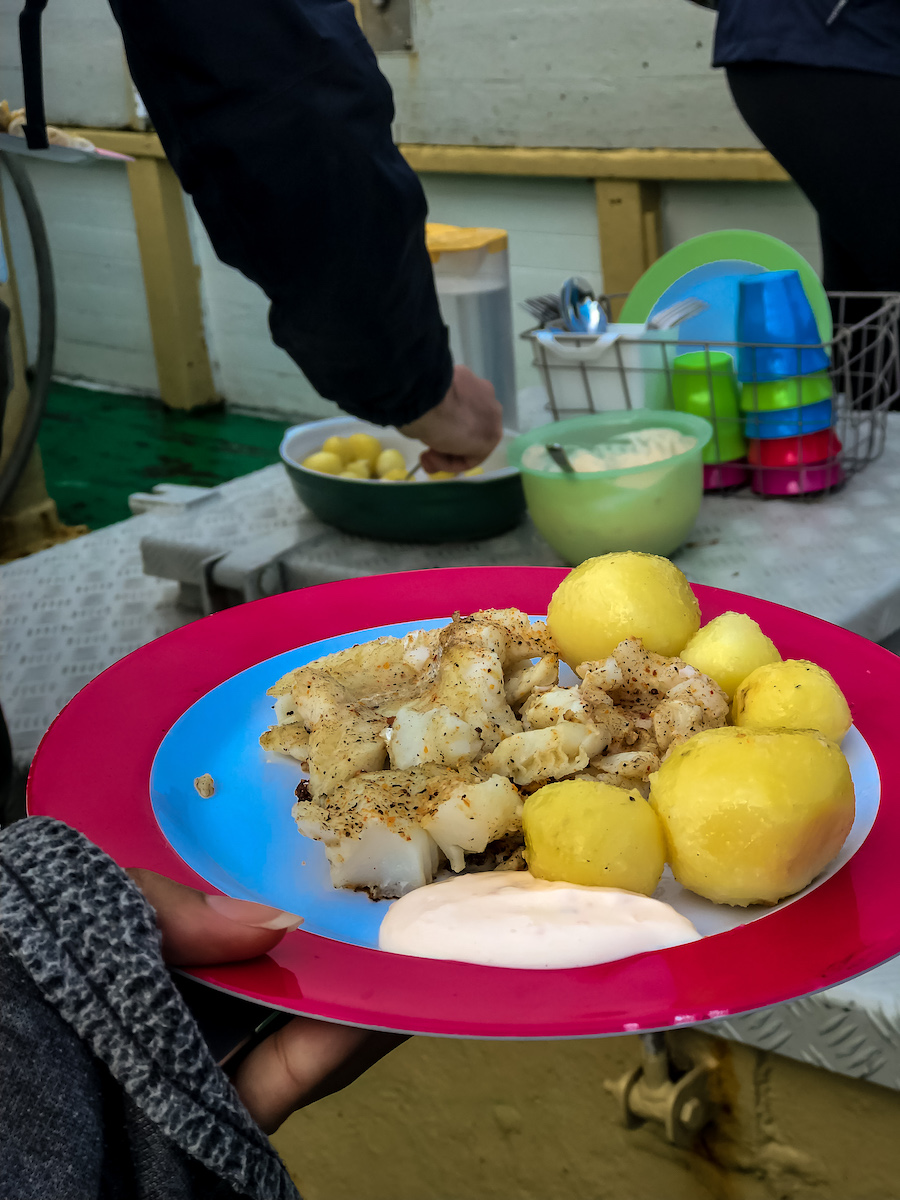 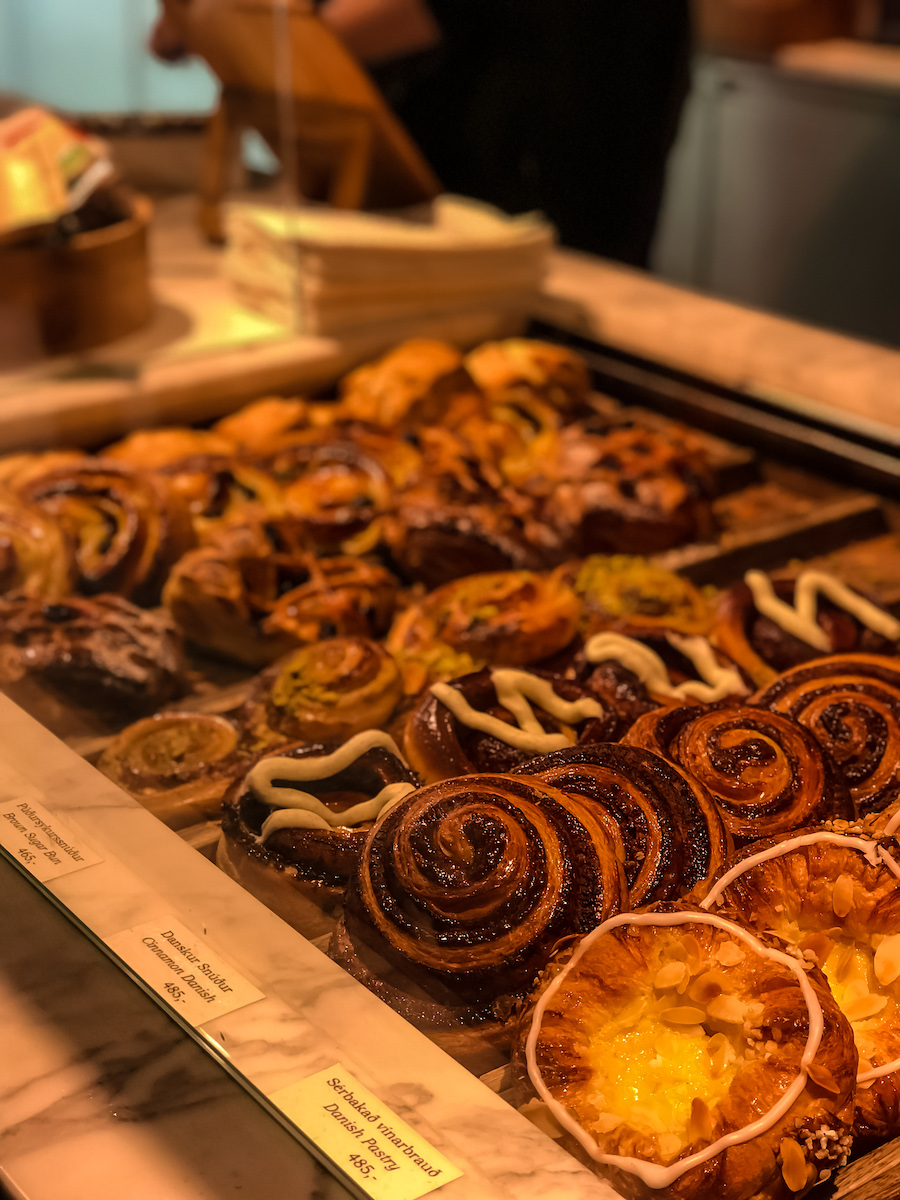 Where & What to Eat

People are not exaggerating when they say eating out can get expensive in Iceland. You have to bear in mind it’s an island so a lot of food is imported which is why it costs more. The other thing we found was that food was definitely hit or miss because many locals feel eating out is too expensive so most of the restaurants are frequented by tourists. That being said here are a few places my dad and I enjoyed:

What to Pack and Wear to Iceland in September

I will pass on the warning that I was given which was to bring waterproof everything! The weather really is crazy, like it can rain or snow in an instant and the winds got up to 30mph crazy, but even if it’s sunny you’ll get wet visiting the waterfalls. At the very least be sure to pack the following:

My dad bought us Frogg Togg rain jackets and pants that I wore over my outfits when it was raining or we were planning to get soaked by waterfalls. I also wore a pair of water resistant Lululemon leggings under all my pants to help wick away moisture. I was pleasantly surprised at how well my UGG boots and cropped sherpa jacket stood up to all the water. 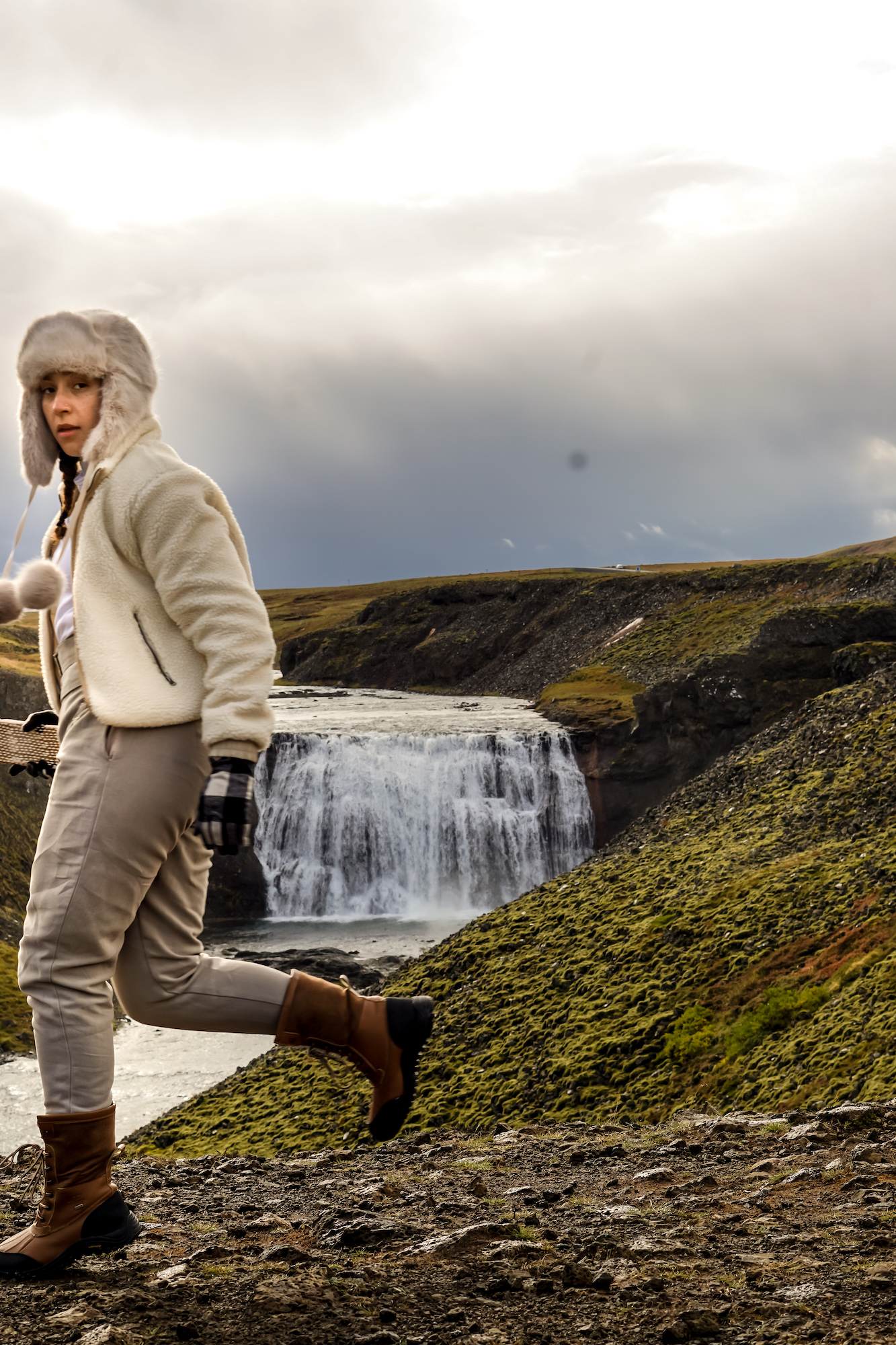 Be sure to keep your eyes peeled for part two of our trip on Things to do in Southern Iceland.  If you’ve been to Iceland please share any recommendations of your own below!

The assignment is brown {Save this Post} if you’

The fact that I’m a black women in engineering t