Being a Stylish WOC in Corporate America

Imagine you’re talking to someone you just met in line waiting for coffee. Exchanging pleasantries to pass the time until you can place your order.  Inevitably you get asked, “So what do you do for a living?” For most people they reply with their profession and people nod as if to say “Oh, okay I can see that”.  But when I reply with  “I’m an engineer,” the look on people’s face before they respond with disbelief is always priceless.

I get it, I don’t look like your typical engineer.  Nor do I act like one either.  And I just love that it confuses people.  That my existence forces them to re-evaluate some beliefs that they’ve held about people of color and engineers.  I’m pretty much a unicorn no matter where I go because wherever I look, it’s just me.  The only well dressed black female engineer in the entire building.  Which also inevitable begs the question, “What’s that like?” 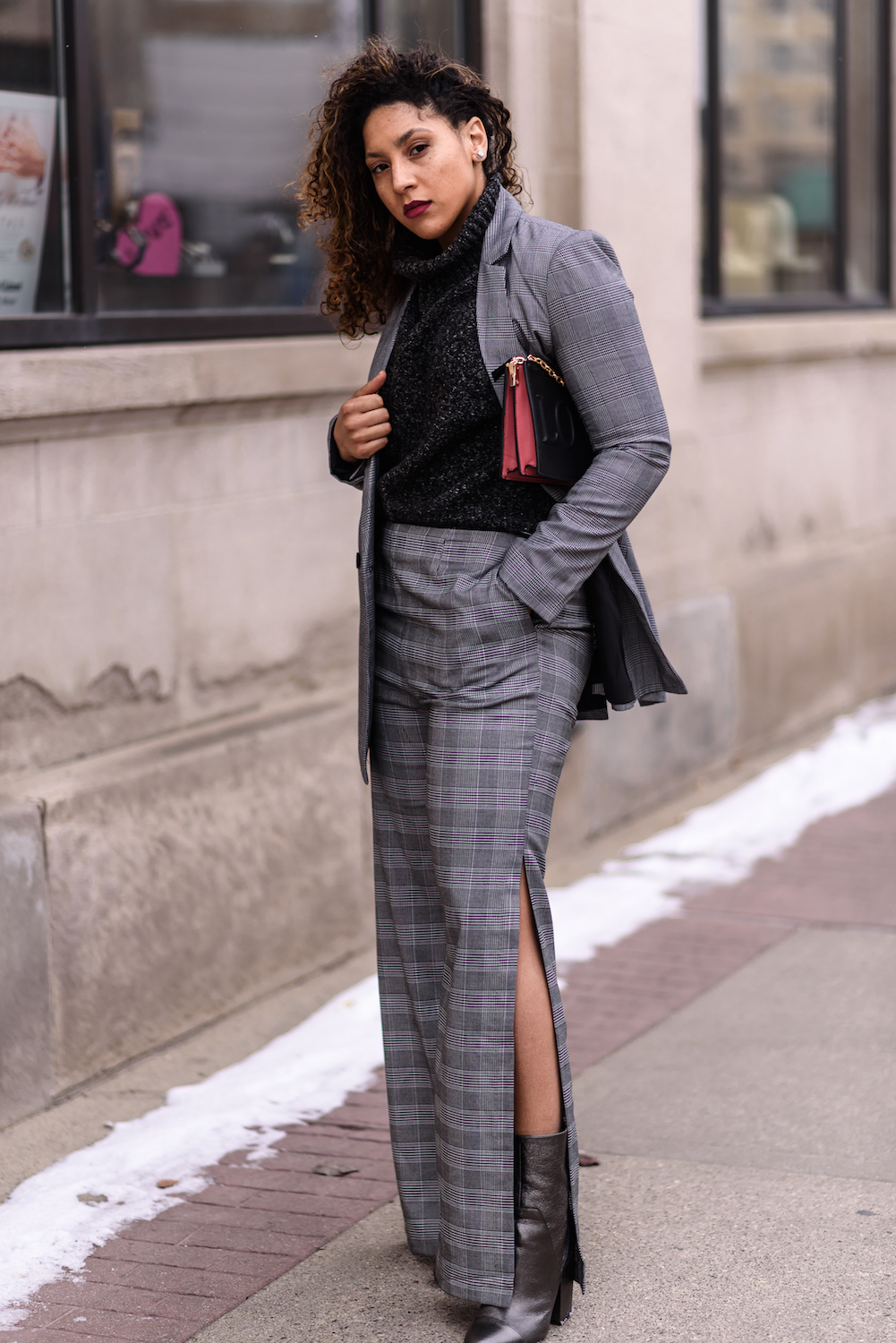 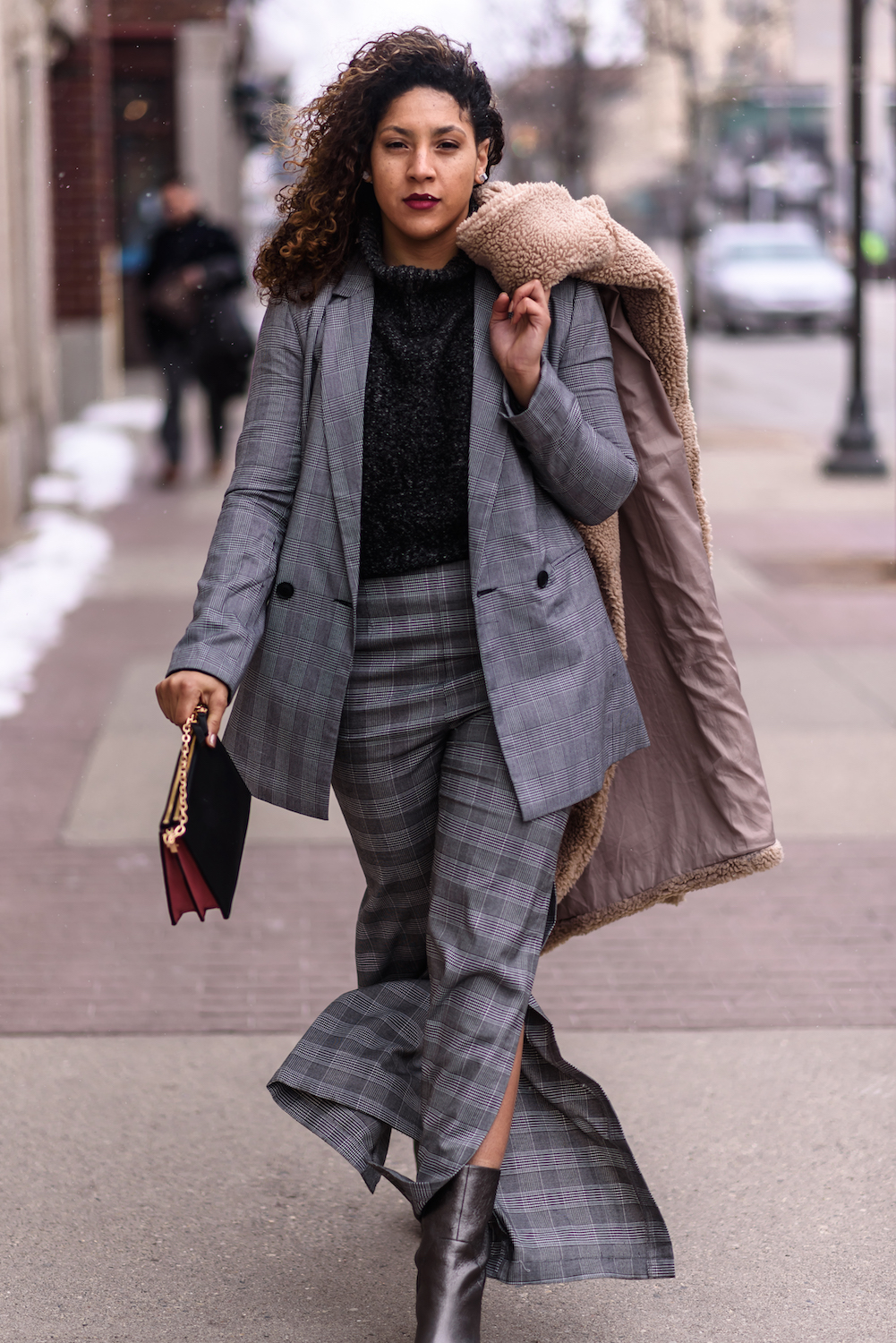 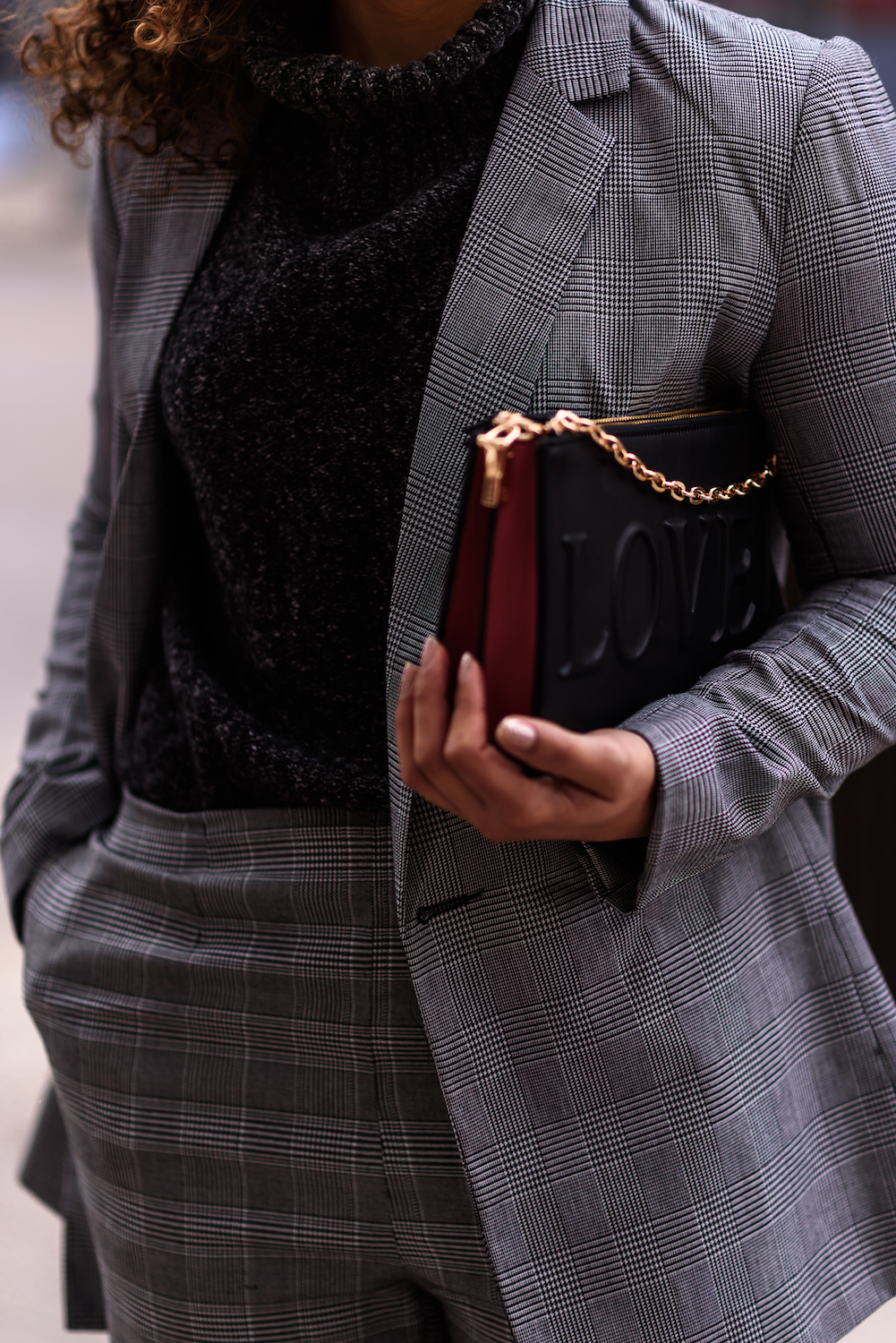 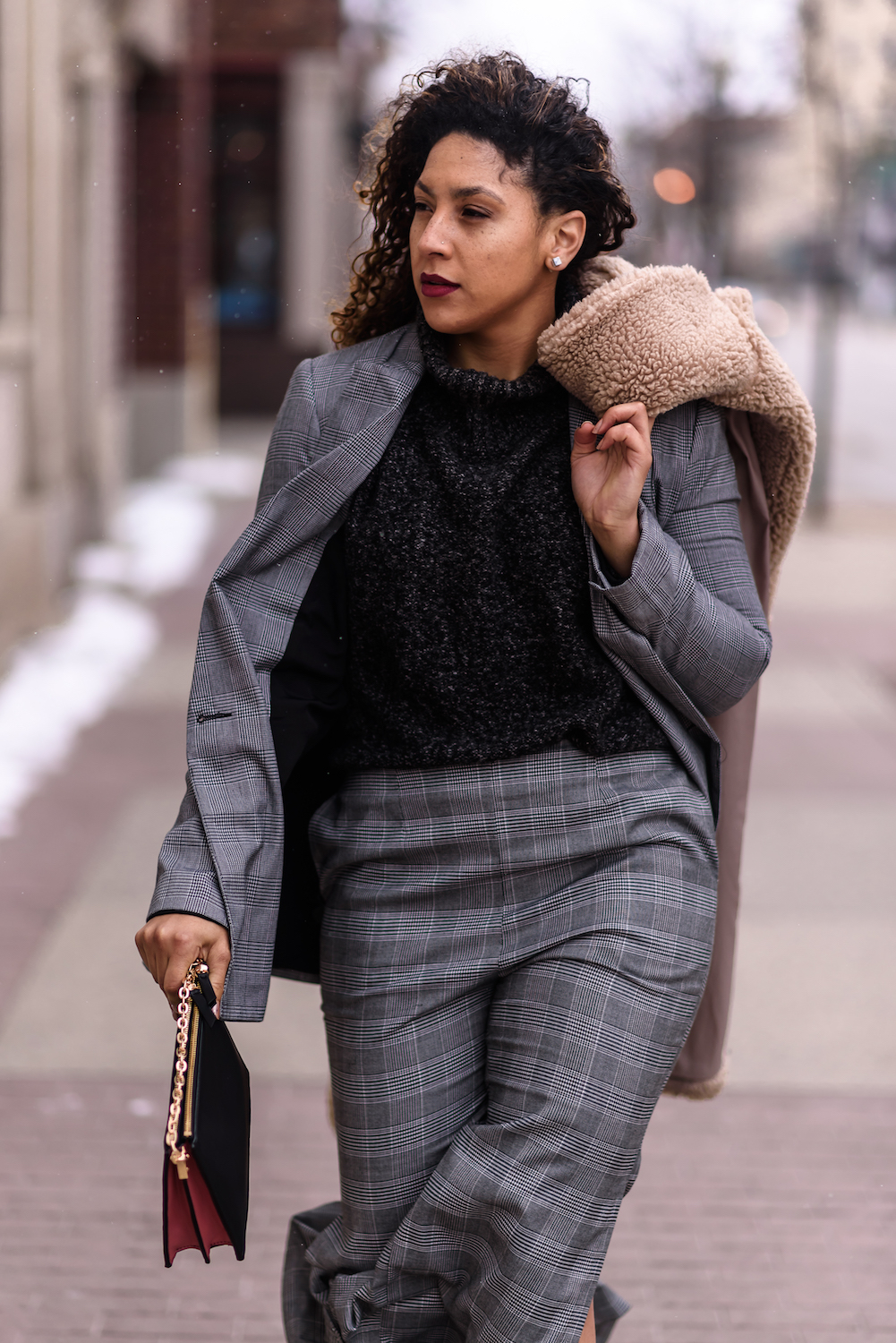 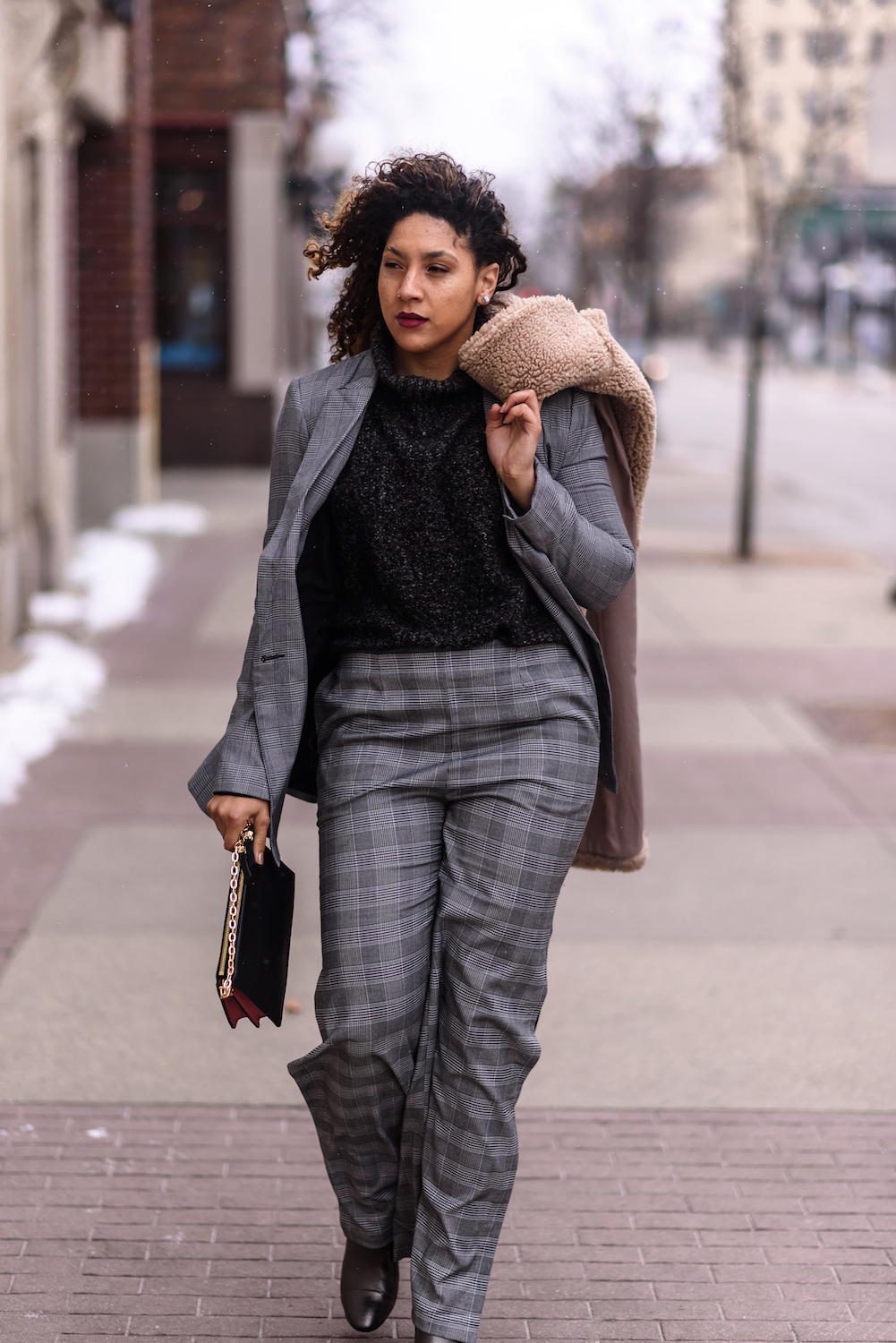 It’s really not as bad as it used to be, or so I’ve been told.  Most women in general still feel like they have to play it safe when it comes to their work style. Fearing the side eye of persecution from Janice in accounting or the who are you trying to impress face from Brent in PR.  Luckily as an engineer I’m surrounded, mostly, by older white men.  And thankfully they just do not give a fuck about what I’m wearing.  Every now and then I do get smart remark.  Like if I’d forgotten to change out of my sleeping shirt the time I wore my longline shirt dress to the office.  Haha M, very funny *insert eye roll here*.  Most of the time they just say good morning and keep it moving.  As for the few females that I do see throughout my day, also mainly white, they don’t say much either.  Occasionally I get a compliment on my outfit or they ask where something is from.  But 97.5% of the time I get to wear on trend pieces to work without judgement.   Or at least without anything said directly to my face.  Typically I’m addressed with respect regardless of my attire and judged by my demeanor and work ethic.

This played a huge role in my personal style evolution.  What holds many people back from trying something is their fear of what other people will think.  Thankfully working in an environment that doesn’t care if you show up to work in jeans or a suit allowed me to be adventurous with my style.  It really helped me to build my confidence.  Now I’m no longer afraid of trying new things which really helps me to better hone my style. 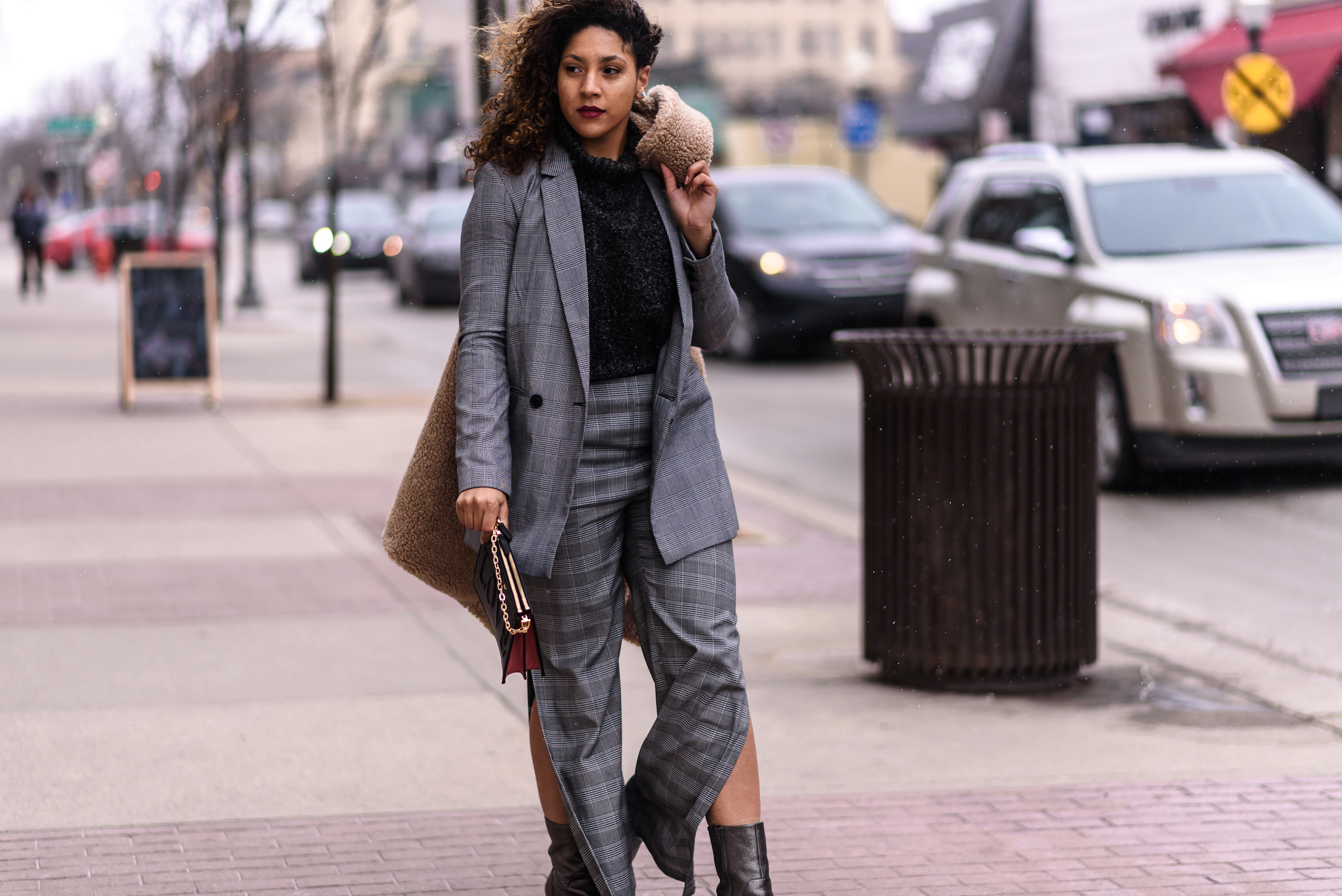 One: Being surrounded by men all day is tiring.  Especially male engineers in the automotive industry.  While the industry as a whole has made strides towards having a less socially awkward workforce, there is still a lot of awkwardness.  Mainly because most of my coworkers are old and white men who have said the following things to me “I don’t know how to make this presentation look pretty so I’ll leave that to you” and “I’m not really sure what to talk to you about”.  A lot of the time I feel like I’m an alien to them that they just can’t seem to find common ground with.  I mean it’s beyond worse than your usual guy-girl disconnect.  They can ask everyone else about their weekend, travel plans, etc. but for some reason a lot of them find it hard to connect with me.  Maybe because they think I only want to talk about clothes, but who really knows.

Two: It’s isolating.  Many of the other females in my building are also older and aren’t really into fashion.  So usually I’m THAT co-worker, who’s always overly dressed up.  And when it comes to talking to older women they mainly want to talk about kids, which I get it you love your kids but no thanks.  The women in my building that are my age, all of which are white, usually keep to themselves.  Not that they aren’t friendly we just don’t go out of our way to check in or hang out with one another.  Honestly the only time I see another melanin-blessed millennial women is if I go to other buildings on campus.  But that’s usually in passing and most aren’t engineers.

Beyond the loneliness and isolation, there are times where I just feel uncomfortable.  Like when my older, white, co-worker looked me dead in the eye holding up a bunch of black yarn to their head exclaiming, “Look I’m you!”.  Or when a male co-worker looks me up and down then says he really really likes my outfit today but that he doesn’t mean it in a creepy way “you can’t just say nice things to you women these days”.  I also overhear a lot of locker room talk that most think I can’t hear because I have on headphones.  Though there are other women in my industry make no mistake this is still a bit of a boys club.   And when another young unarmed black men gets killed and makes it on the news, I am forced to find the strength to come into work and pretend like the world is okay.  Or worse hear opinions from my co-workers on the matter.  Because we all know had he just complied with the police he wouldn’t have been killed *insert yet another eye roll*.

Beyond that there is a weight on my shoulders as the sole women of color in my group to not perpetuate the negative stereotypes that exist for black women.  Trying to not come off as the “angry black women” when I voice my very valid opinion.  Keeping my cool when my co-workers sings “Kodak Black” to me and tells me it’s okay to admit that song is my “ish” and he won’t judge me.  As if I needed his acceptance, for the record I detest that song almost as much as Gucci Gang, almost.  Or being perceived as the unfriendly black hottie because I didn’t go to Jake’s birthday lunch at American Pie.  For the record I like Jake but I didn’t go because I’m tracking my macros to lose body fat. So excuse me for not wanting to waste my macros on nutrition-less, and disgusting looking, pizza or throw away $7 on a pathetic looking salad bar only to then be judged for getting a salad at a pizza place by my co-workers. And yes that exact situation has happened. 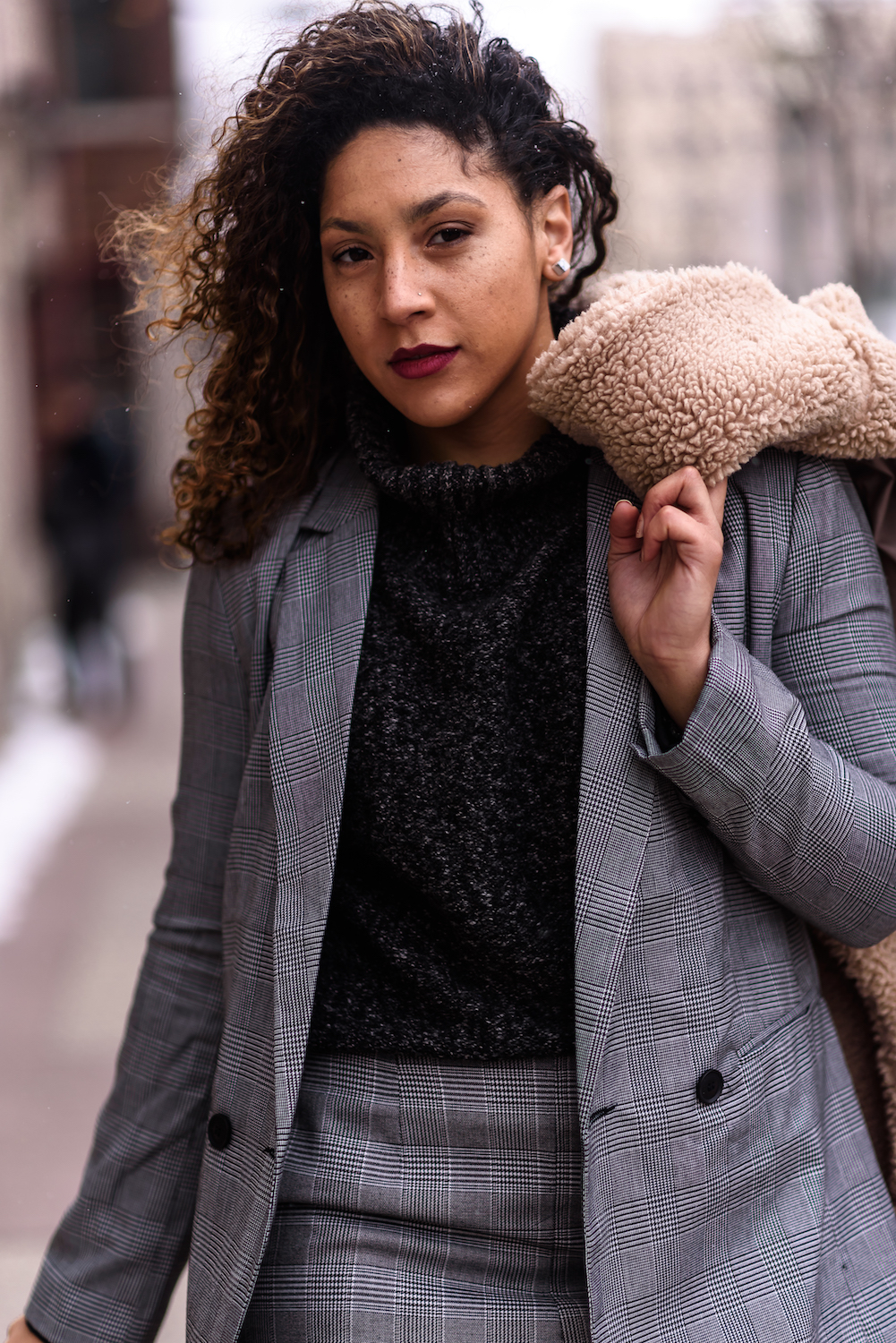 Is it all bad, definitely not.  Could it be better, you bet!  That is one of the main reasons I started this space.  To show women that you can look different and still succeed.  That not all engineers are white males who wear Sketchers with poor people skills. They look like me too, a young black female who likes fashion and cars.  Who enjoys reading books while listening to rap music, going to the gym and eating brownies.  To show you that you can have brains, beauty, style, be physically fit and still be taken seriously regardless of your profession! 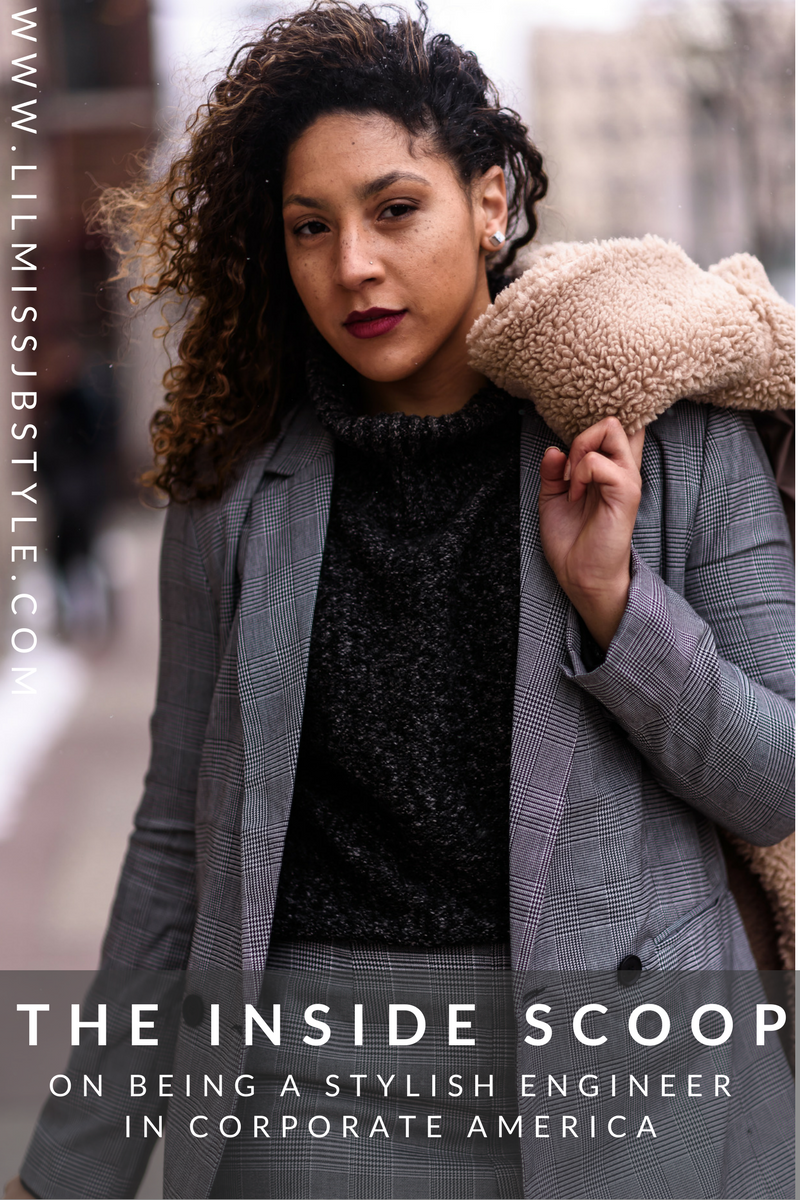 One of the things I decided was not to let summer

Sometimes you have to stop to remind yourself just

What to Wear on Valentine’s Day