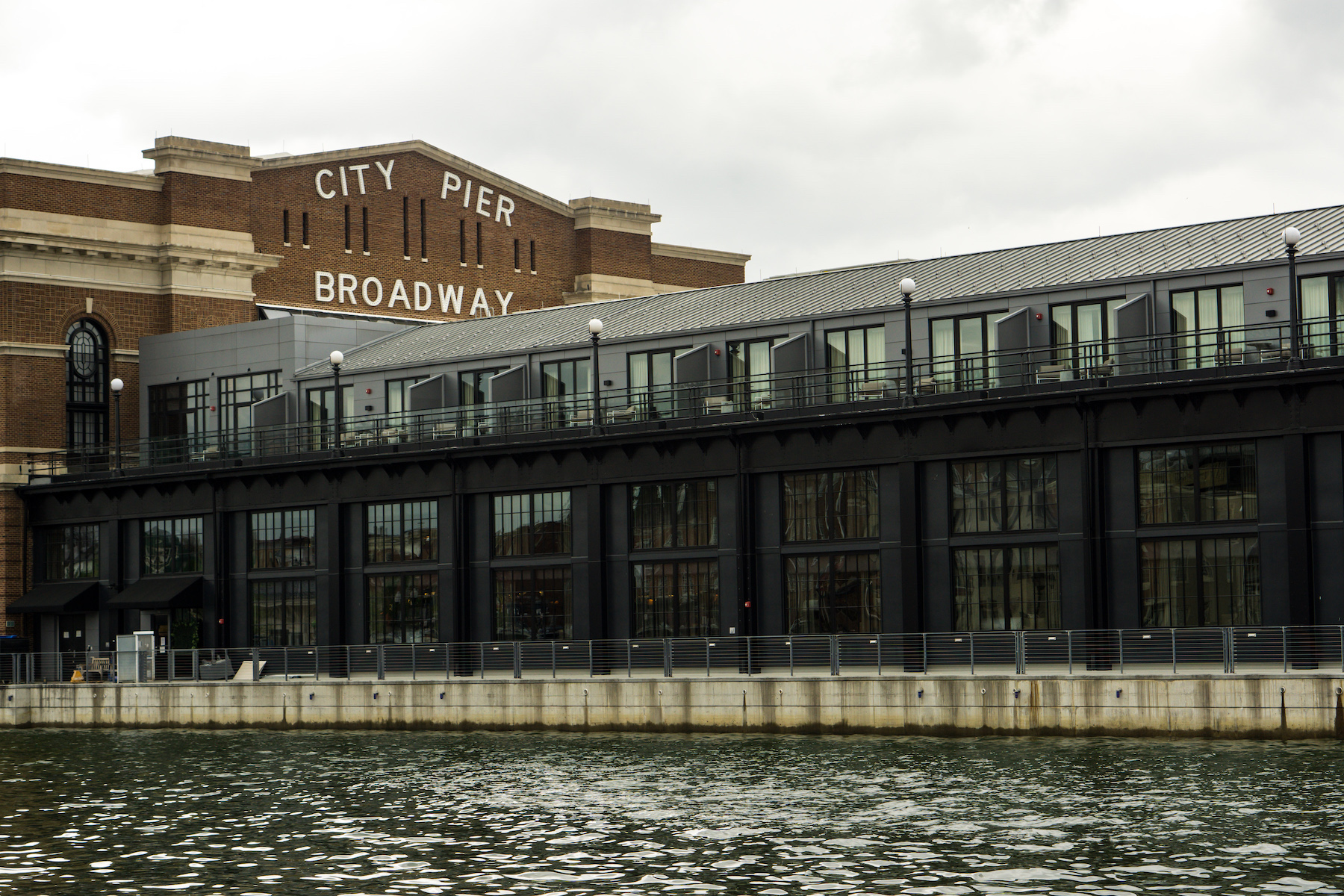 If you’ve been following me for a while you’ll know that I usually get a few days off from work for Easter.  And with the weather never feeling quite like spring in Michigan around this time I make it a point to visit my dad in Maryland for the long weekend.  While he doesn’t live in the heart of Baltimore he’s practically a hop, skip and jump away, plus he’s under an hour from D.C.  Since there’s so much to do in the area and my dad isn’t one for planning I have to pack to be ready for just about anything!  So I thought why not share with you guys what I wore while I was on vacation in Baltimore plus some fun things you can do on your next visit.  If reading isn’t your thing, head over to my Instastories for a video recap! 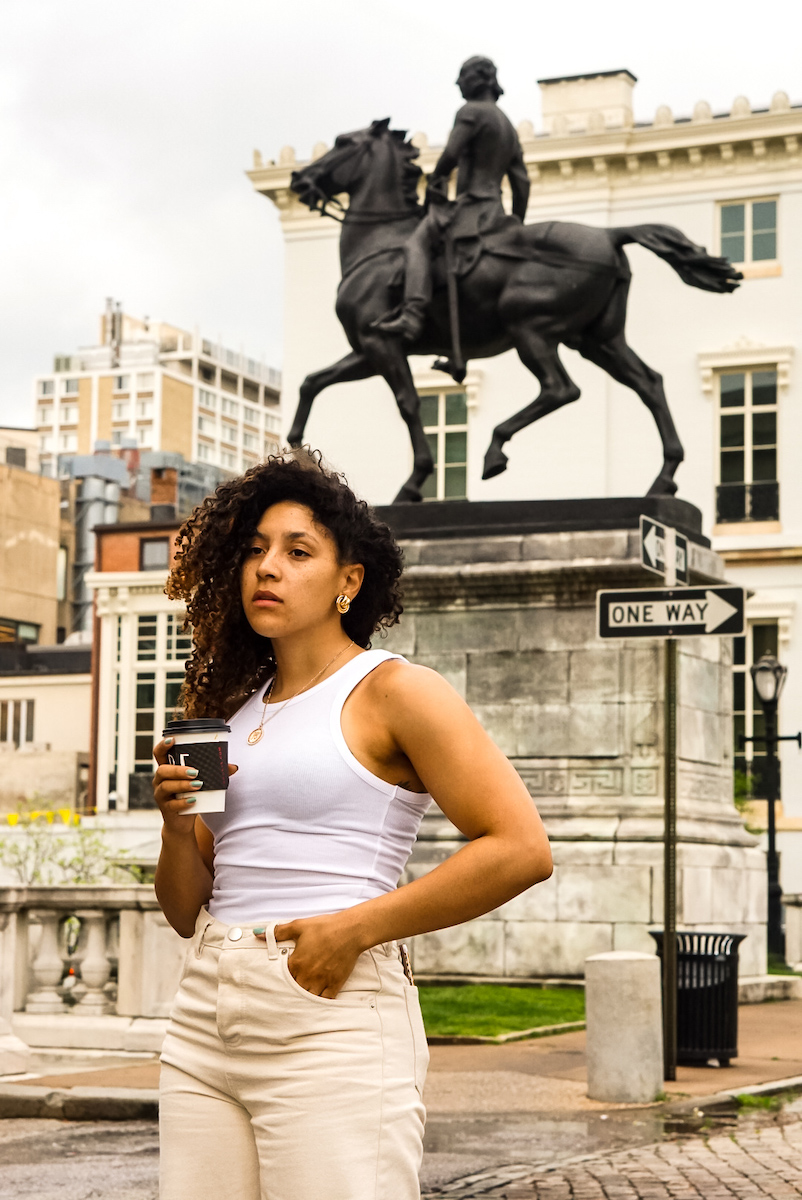 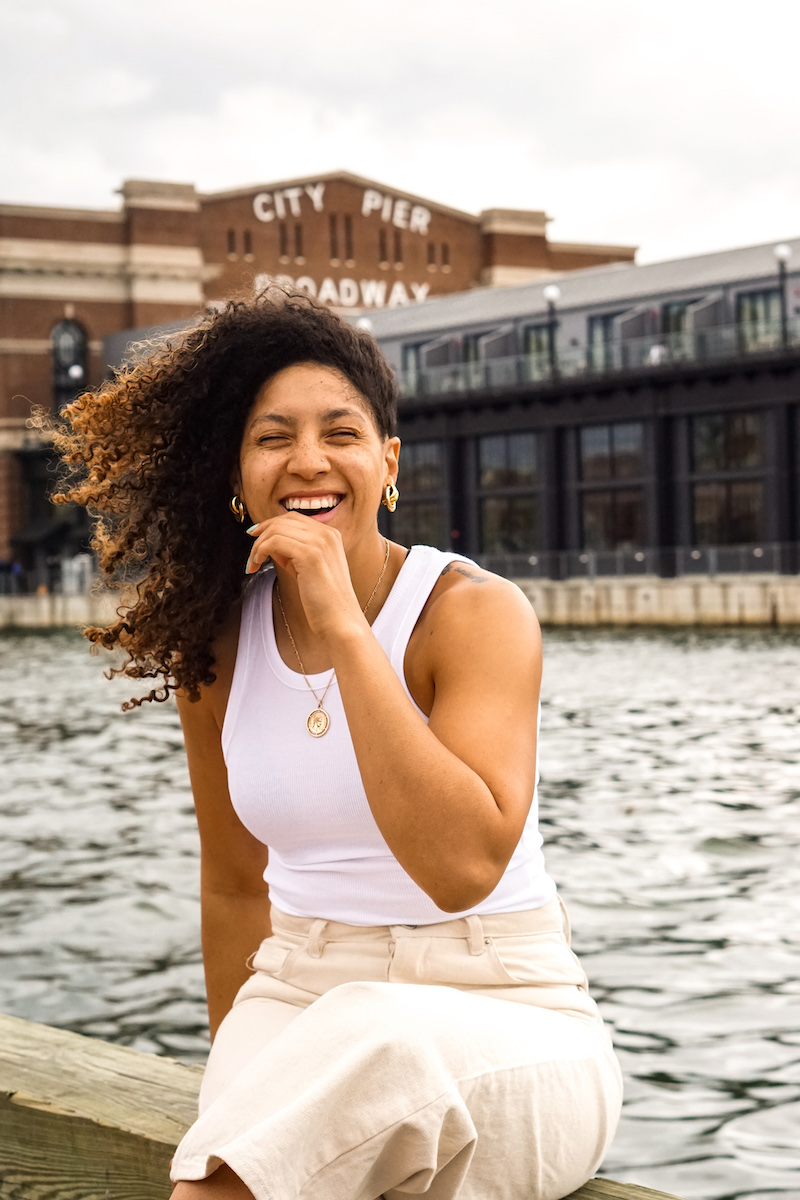 Unfortunately my dad’s company doesn’t give him any days off for Easter so I usually have Friday to myself to explore.  Typically I would grab brunch with my uncle but he recently started a new job so this year I decided to knock off a few places on my to try list.  To start my day I went to Towson for a lavender latte and delicious egg sandwich from Cunningham’s Cafe & Bakery.   I’m really not one for coffee, but I’m definitely a sucker for a well crafted latte!

Afterwards I headed over to arguably my favorite spot in downtown Baltimore, Fells Point.  I love that even with the modern amenities the harbor town still retains its colonial charm.  My dad loves to grab a gourmet hot dog from Stuggy’s but I’m a sweets person so after grabbing some photos on the harbor I b-lined straight for Insomnia Cookies!  If you’re looking for another place to grab a sweet treat be sure to stop at Pitango for some gelato.  They also have a cafe just a few blocks away that’s worth hitting up too.

With the high from the sweets wearing off it was time for another coffee so I tried another new spot called Dooby’s which just happened to be down the street from the Washington Monument. Shortly after I snagged some more photos it began to downpour which was actually perfect timing since my dad was getting off work.  So I headed back to his place and we went to a local Chinese/Korean place for dinner. 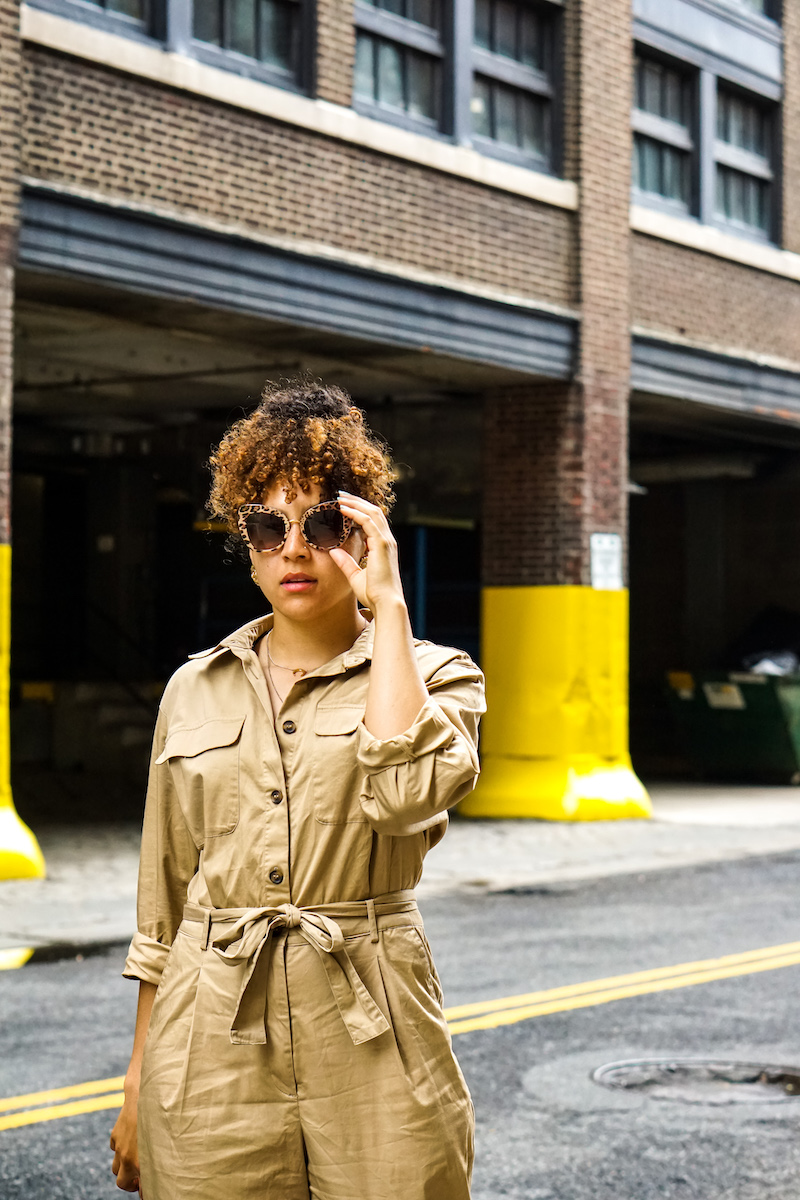 I’ve never been to Philly.  I dated a guy from there, but never went myself.  So my dad decided we’d hop in the car and do a day trip to Philadelphia because we figured what better way to spend a Saturday.

Before we hit the road my dad and I did our usual Saturday morning routine of going to the gym.  Instead of getting our post workout Egg-xcellent sandwich from Cafe EZ he surprised me by stopping off at a little crepe cafe called French Twist to grab breakfast.

A few traffic jammed hours later we arrived in Philadelphia.  The first thing on our list was to check out the Rocky Steps, which if you didn’t know leads to the Philadelphia Art Museum.  While neither of us ran it was rather comical to watch the hoards of dads playing Rocky’s theme song while halfheartedly jogging up the steps, raising their hands in victory reliving the same sense of accomplishment Rocky probably felt.

We then started to meander down the main street towards the Cathedral Basilica of Saints Peter and Paul.  In our exploring we happened upon the Rodin Museum which was really cool considering I wrote a paper on him back in high school and saw his Thinker statue at the Louvre.  After our mini inner city self guided tour it was off to the Liberty Bell.  And in case you’re wondering, to see the bell itself is free but the hall you need to buy tickets for.

Of course a trip to Philly wouldn’t be complete without a cheese steak.  So we drove over to the famous Geno’s and Pat’s intersection to have a showdown to see who threw down the best cheese steak in Philly.  And hands down Pat’s was much better in my opinion, something about the peppers and the bread really brought it together! 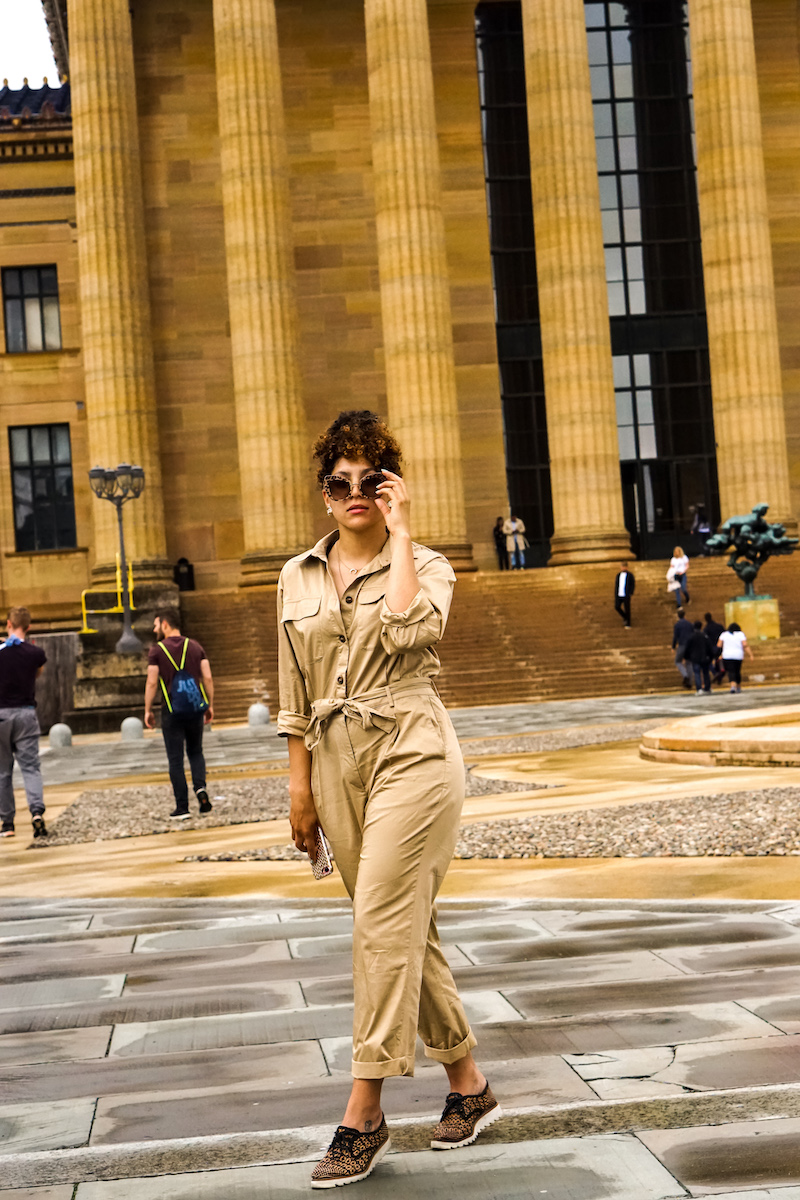 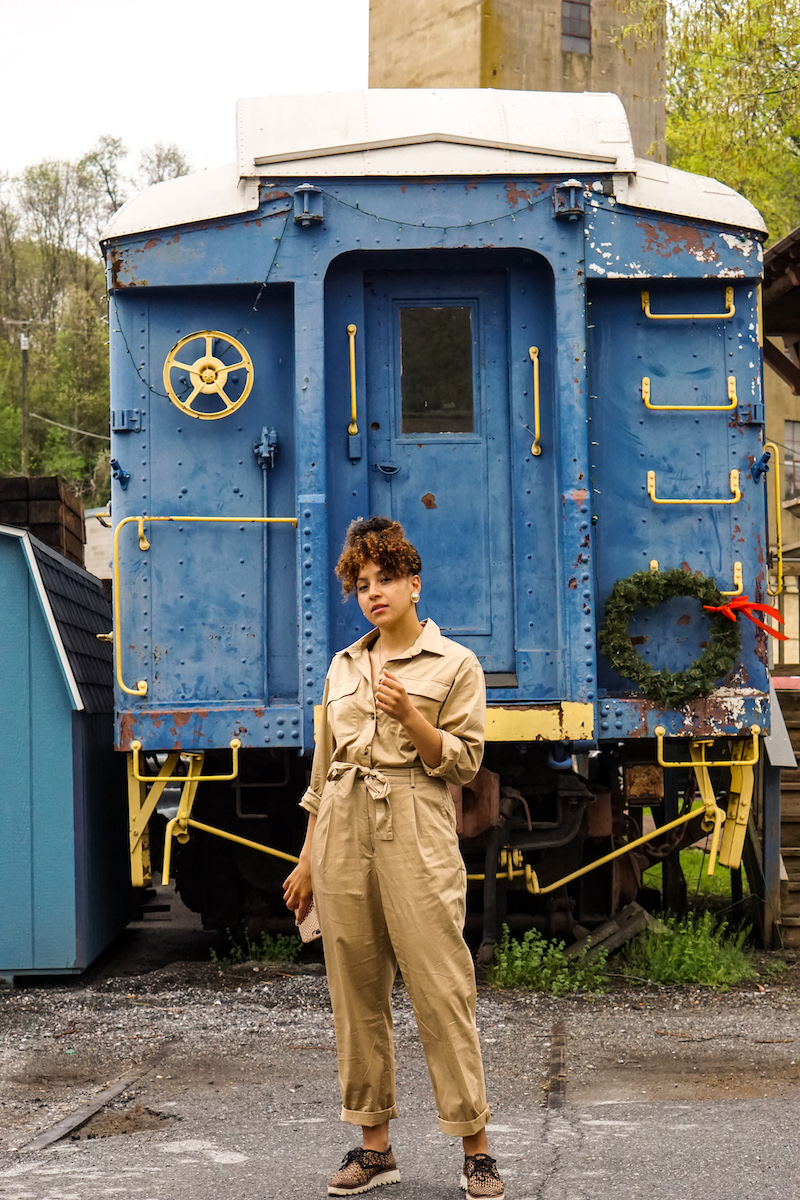 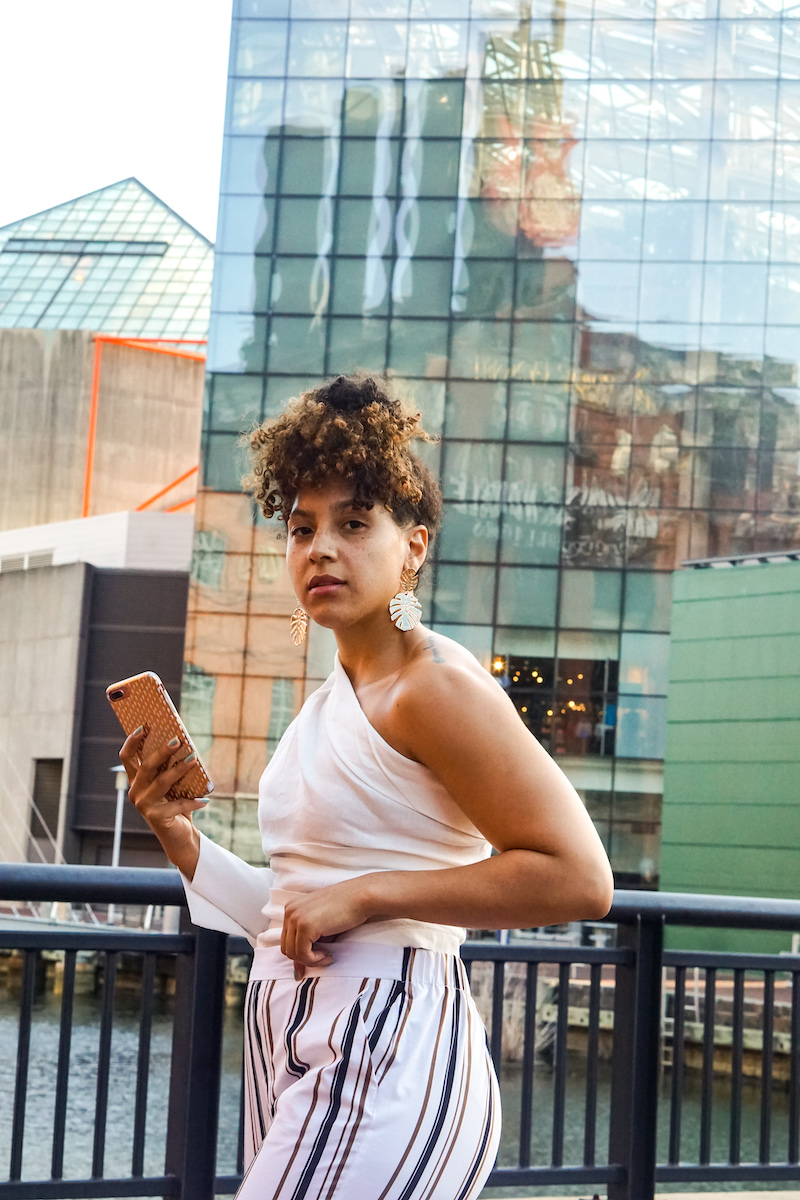 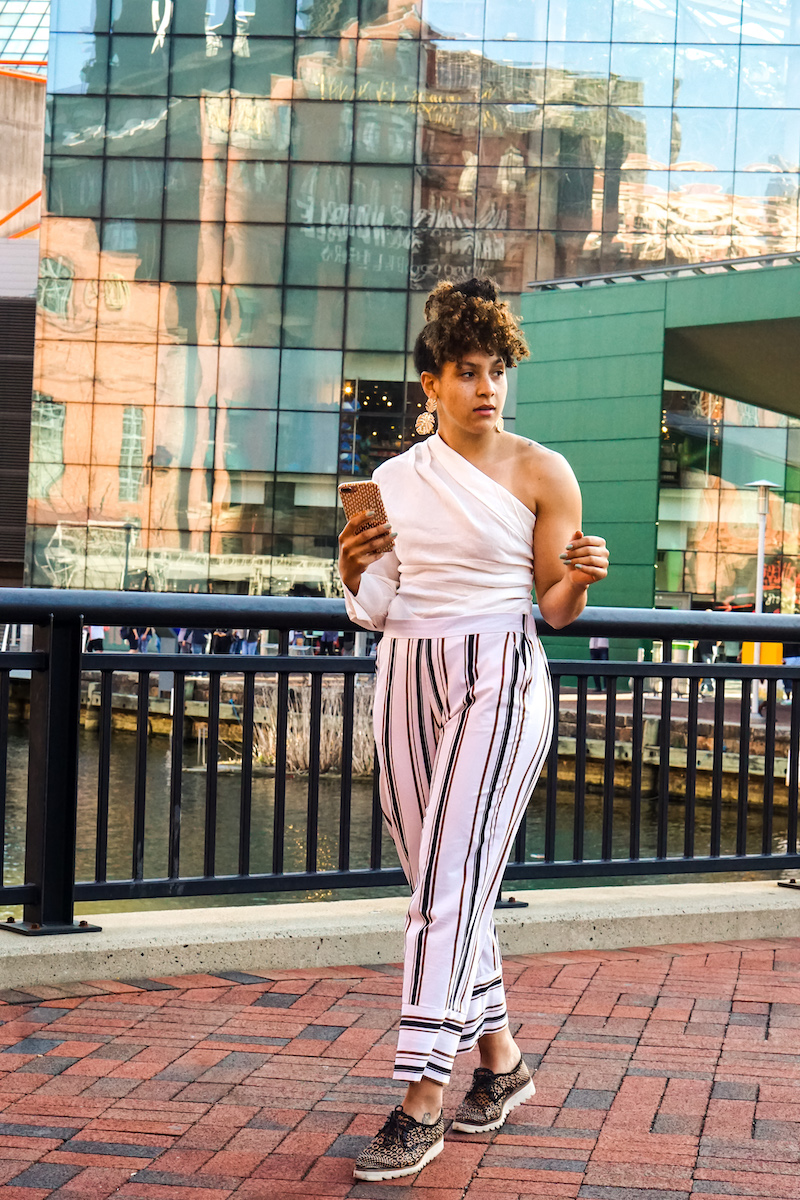 The original plan was to head to New York for Easter service with my great aunt but due to some miscommunication we ended up staying in Baltimore.  Since we were up early we went to grab breakfast from First Watch before church.  After the service since my dad had never been to the Aquarium we headed downtown with my cousin to check it out.  There’s something relaxing about watching fish swim.  And considering all the damage we are doing to the environment it might be the only way to enjoy them in the future, but that’s a rant for another day.  To end the holiday weekend the whole family went out to dinner at Victoria Gastro Pub.

Since I’ve been visiting my dad in Baltimore for the past few years I’ve pretty much nailed my packing list.  Especially since his weather is usually much better than Michigan’s. This year I only over packed on shoes but only because I lied to myself about getting up early to go to the gym on Friday.  But that’s life!  Anyways hopefully you enjoyed my city vacation outfits.  Also if you’ve been to or are from Baltimore I’d love some recommendations on what to do, see and eat for my next trip so leave em in the comments below!

***Photos Tripoded by Shawn Blackwell and Madison Blackwell, edited by me

This error message is only visible to WordPress admins